Actress Sreemukhi is one of the most popular Television personalities and when it comes to the greatest awards for Tellywood, she would certainly be a part of it. ! The South beauty decided to show up for the zee Kutumbam awards show this year in a blue skirt set by Akruthi Label. 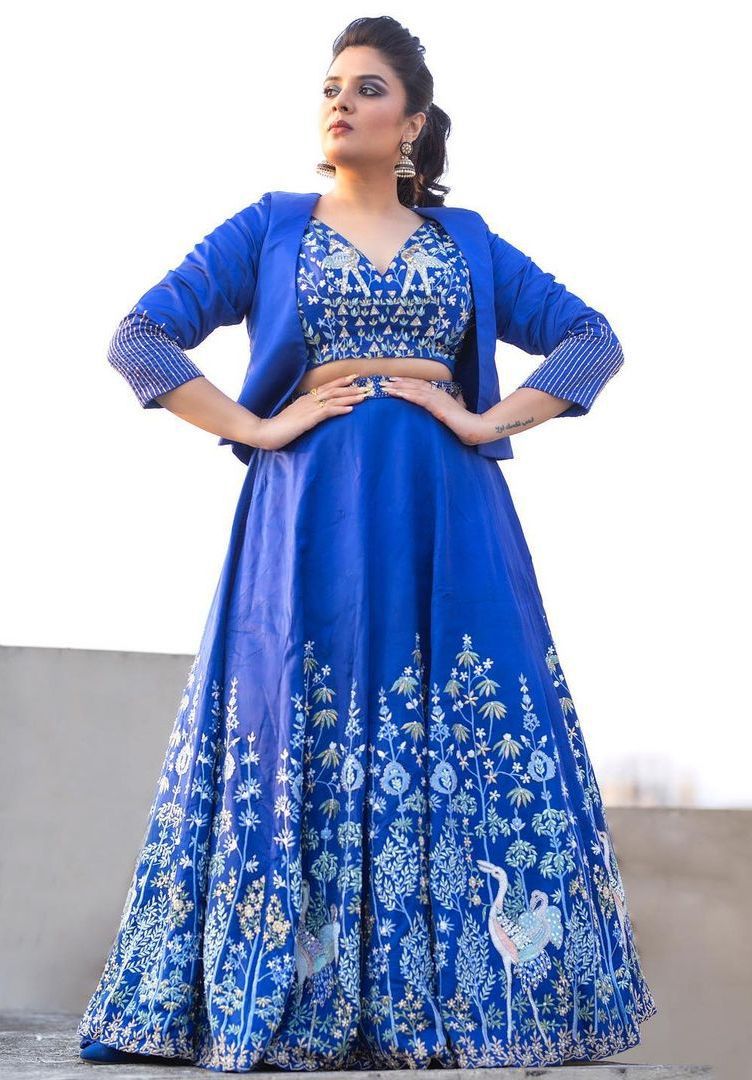 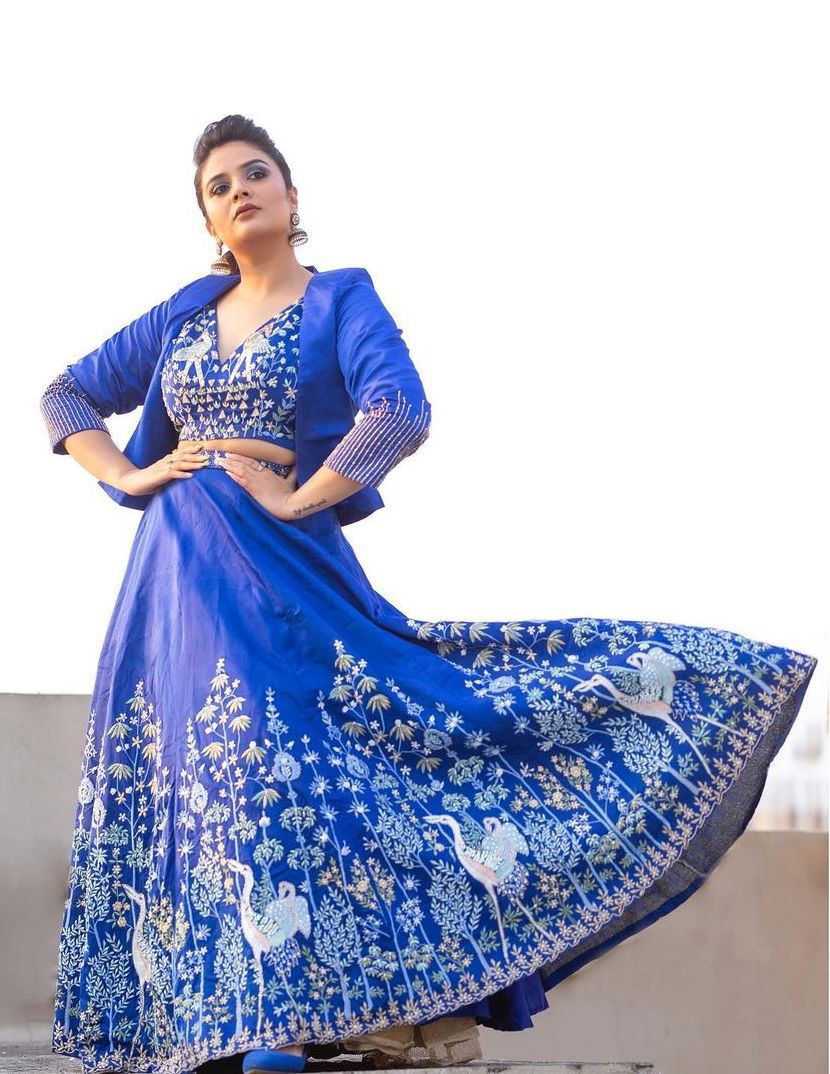 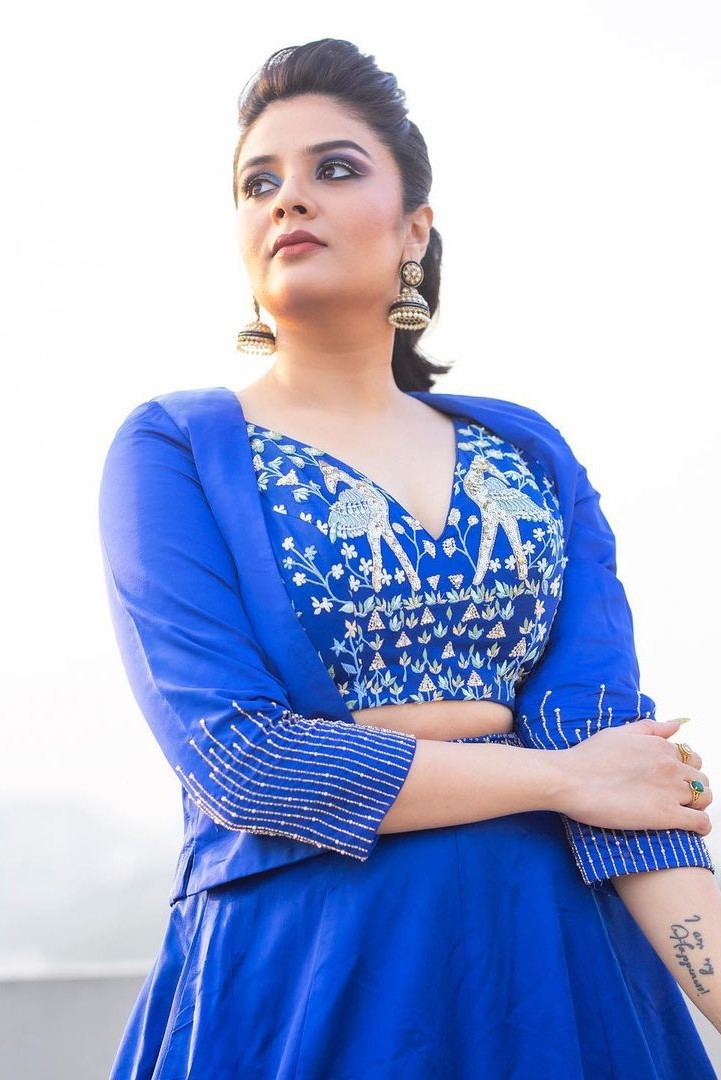 The skirt is intricately adorned with stones and embroidery depicting storks in swamps. Similar to the skirt, these intricacies are also detailed on the V-necked choli. Unlike the usual skirt sets, this one comes sans dupatta but with a short jacket featuring stones. 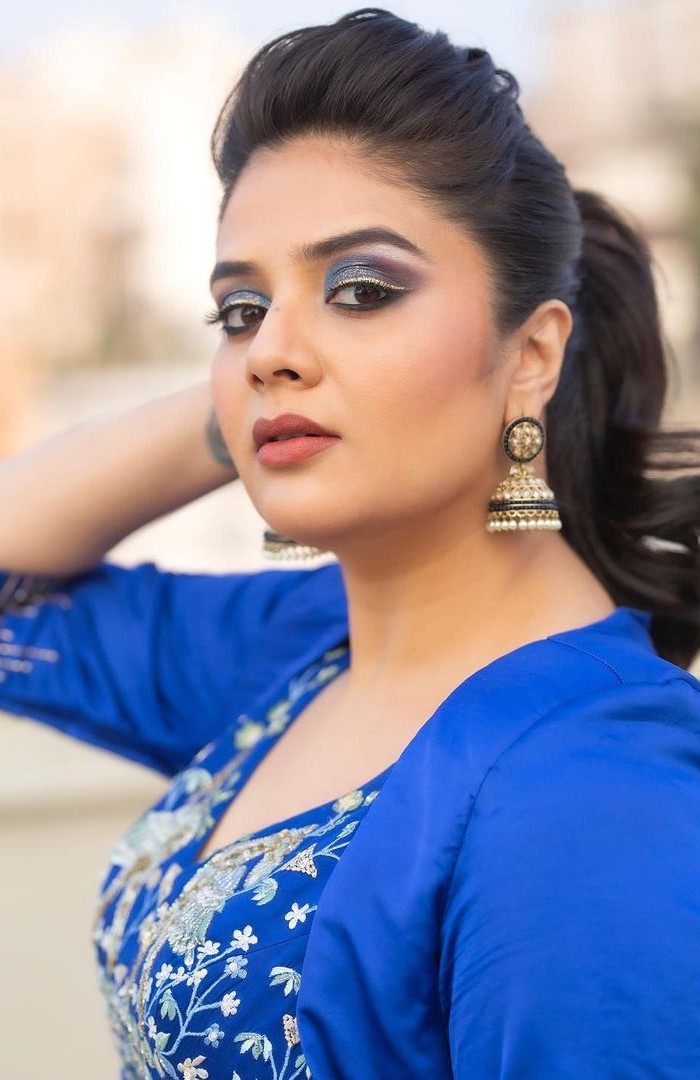 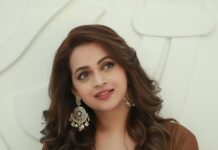 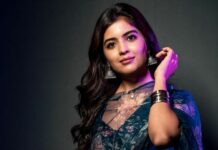 Amritha Aiyer pays an ode to florals in a blue lehenga for Pongal! 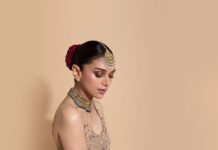 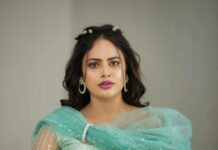 Nandita Swethaa in an aqua green lehenga for “Dhee!” 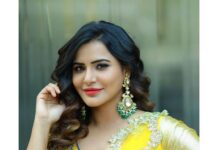 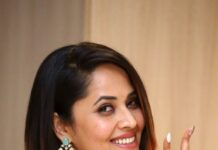 Anasuya Bharadwaj looks pretty in a pink half saree for an event!

Amritha Aiyer pays an ode to florals in a blue lehenga...

Nandita Swethaa in an aqua green lehenga for “Dhee!”