Celebs are often known to flaunt their extensive designer wears. Be it fashion shows, parties or any other event, they dress up to glam like a diva! But when it comes to Sara Ali Khan and Janhvi Kapoor, they know how to balance it all out. These two fashionable divas glam up and even dress down to casuals and basic wear more often than ever. From casuals to ethnic wear and athleisure – they sport all these in the best way possible just like all of us. Their sense of style has a very girl-next-door vibe that is enviable. With simple basics, they put up a look that is desirable and also achievable. 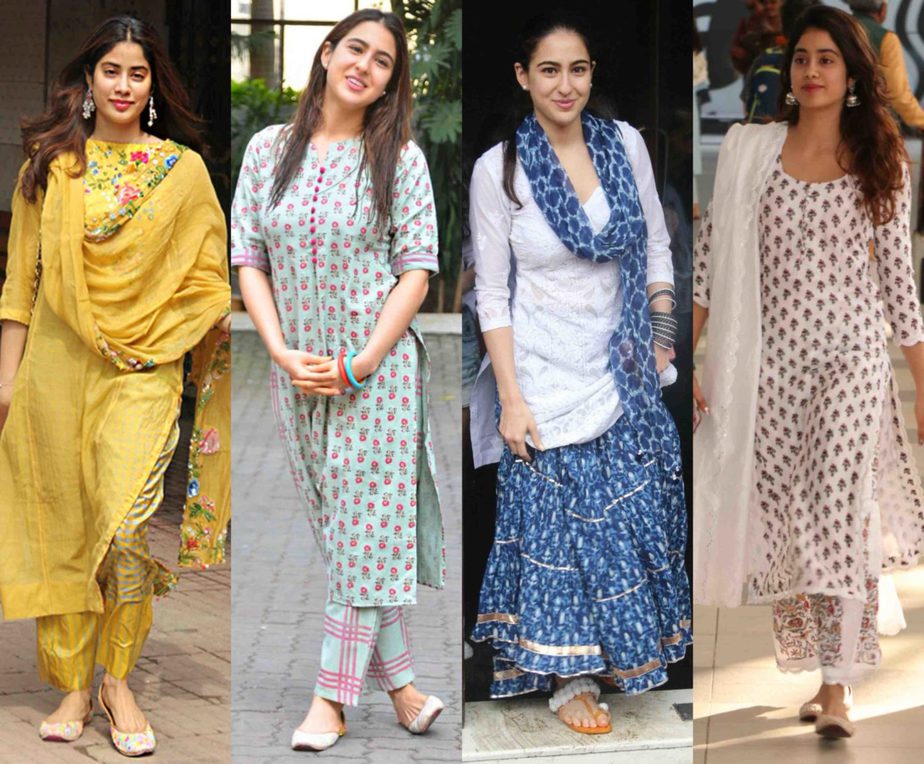 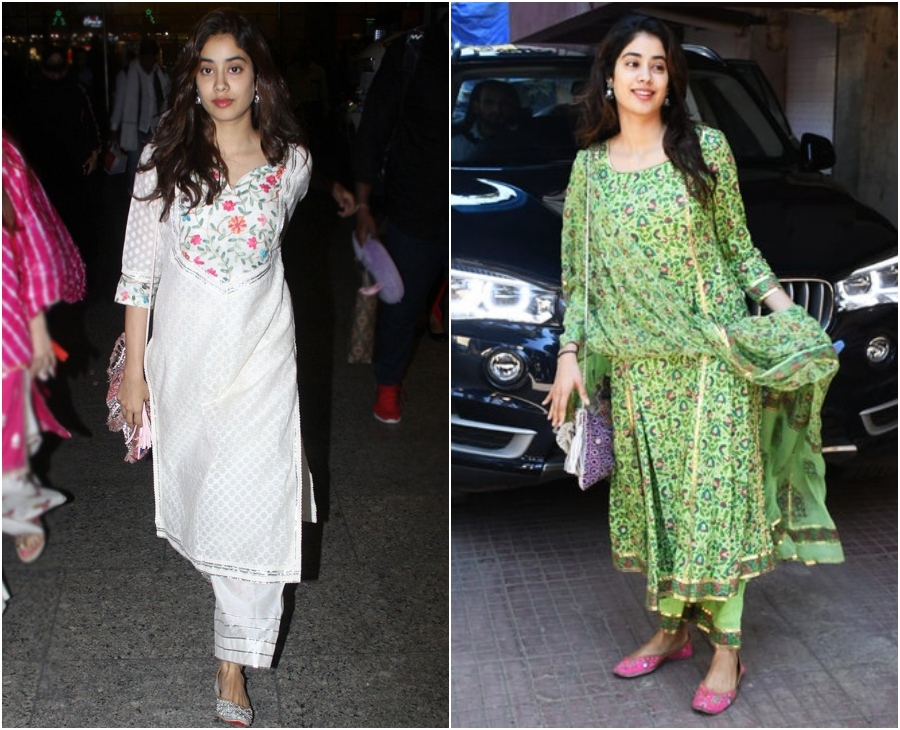 When it comes to ethnic wear, Sara, as well as Janhvi, both have a tremendous style of wearing it casually. It’s no secret that Sara and Janhvi love breezy kurtas, and their off-duty wardrobes include multiple versions. From airport to casual meets, both keep their ethnic wear game strong with their laid-back style. 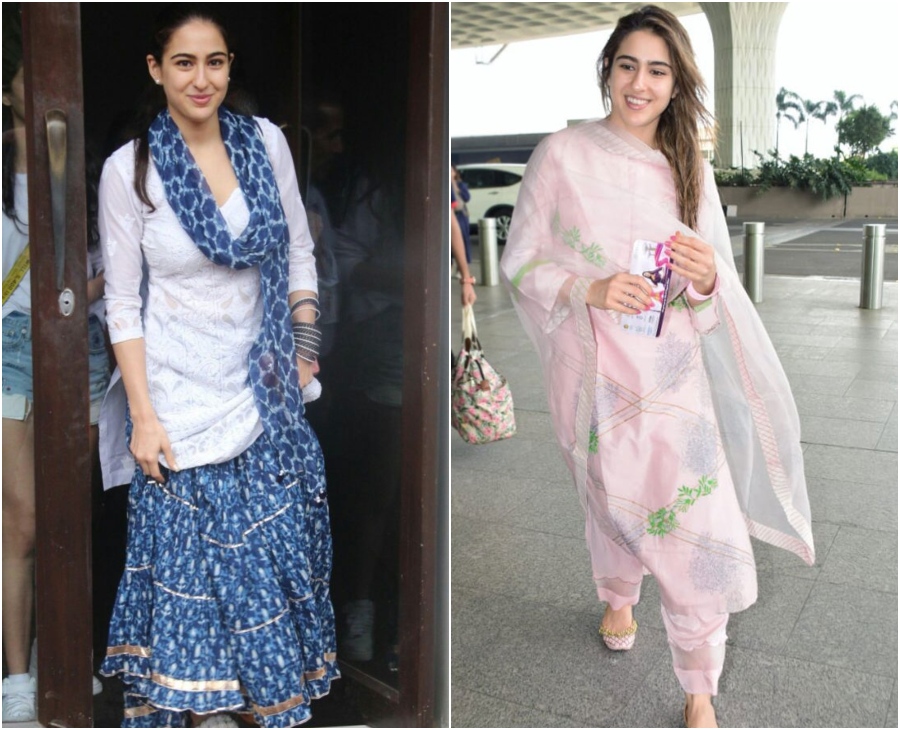 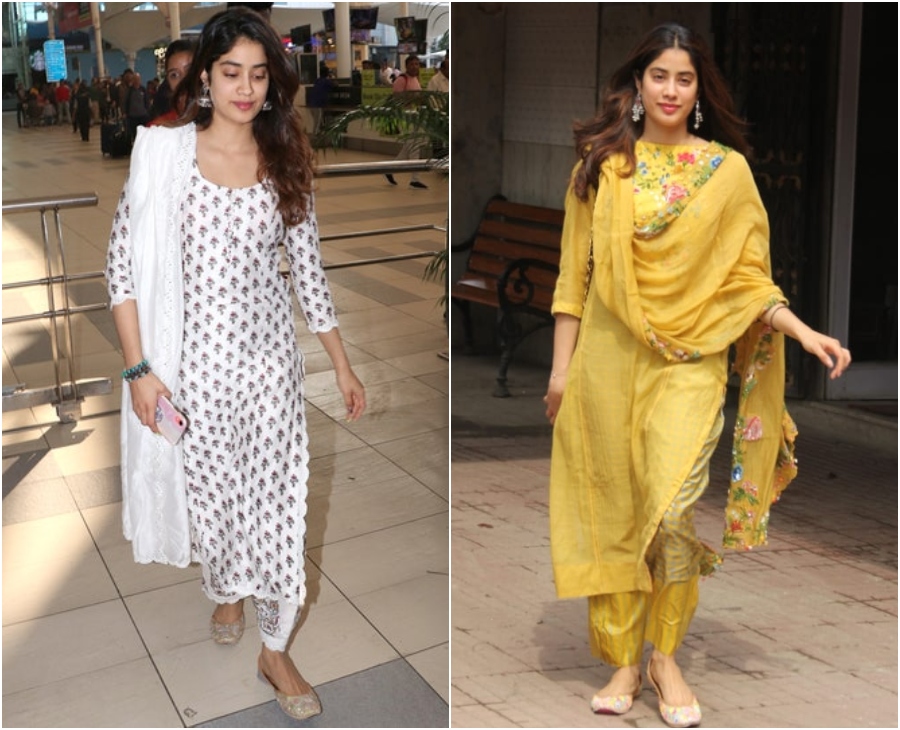 More often than ever, they stick to the basic ethnic staples like palazzo, salwar, sharara kurta. And usually opting for cotton wear, they ensure that their style is simple on a day-to-day basis. Pairing up their ethnic wear with juttis and jhumkas, they have a very girl-next-door vibe. Such a relatable style, isn’t it? 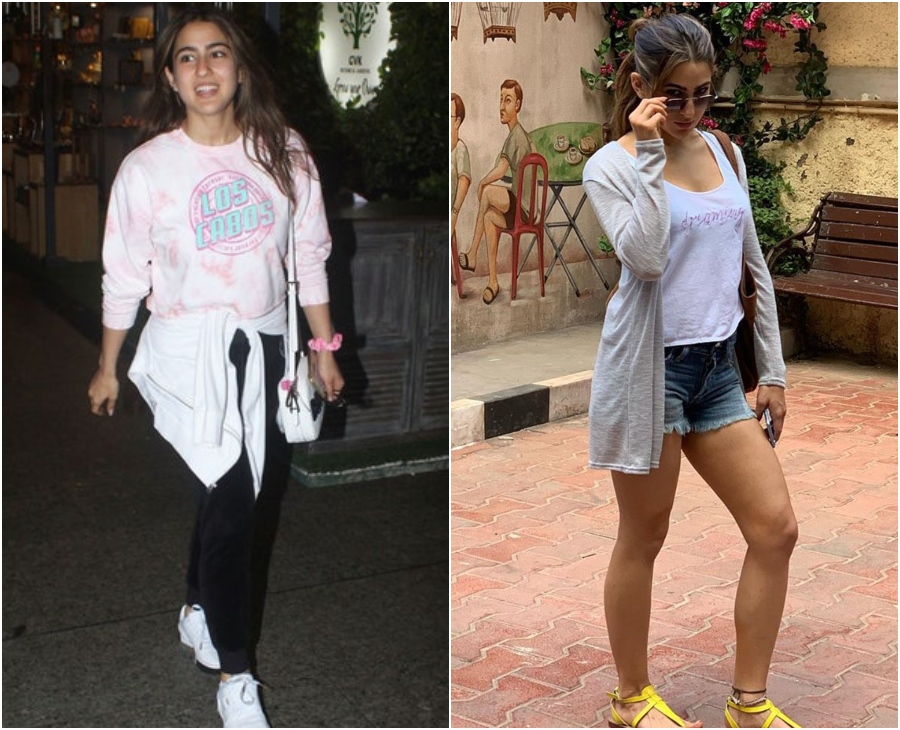 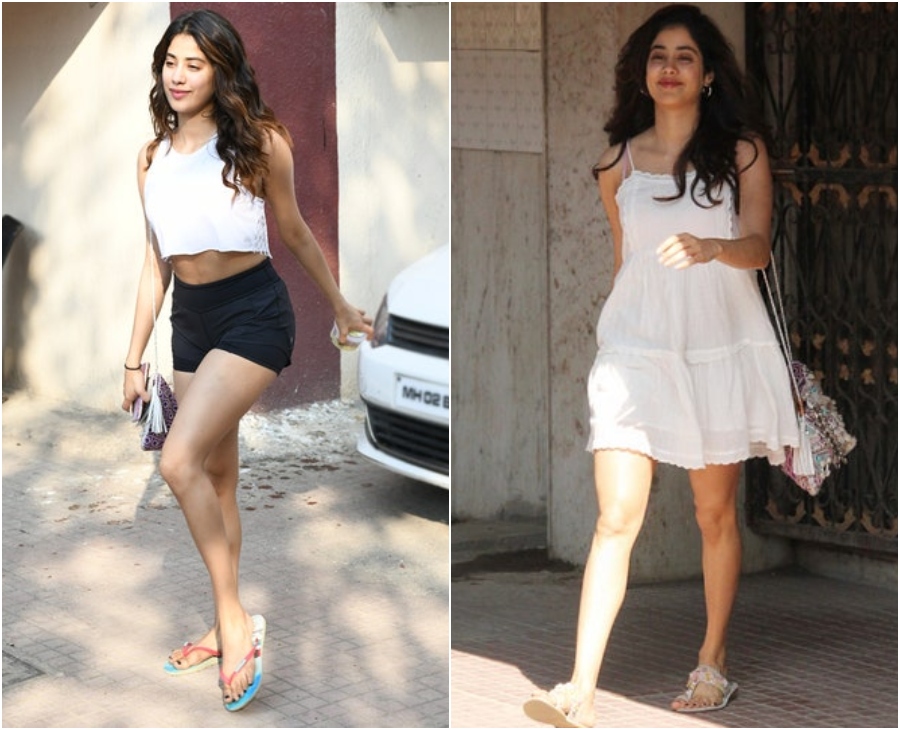 We do know that celebrities like to doll up usually even when they step out for a salon session or airport. But these two divas, are mainly spotted dressing down in casuals just like how we wear it. They opt for shorts with crop-top or quirky t-shirts to an oversized sweatshirt or slip-dress. 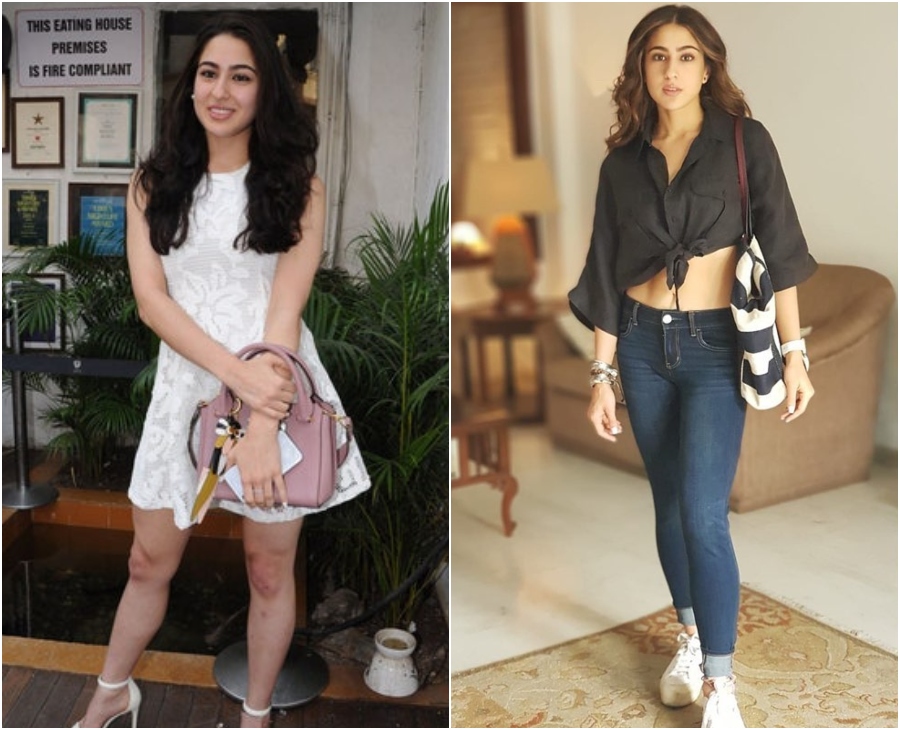 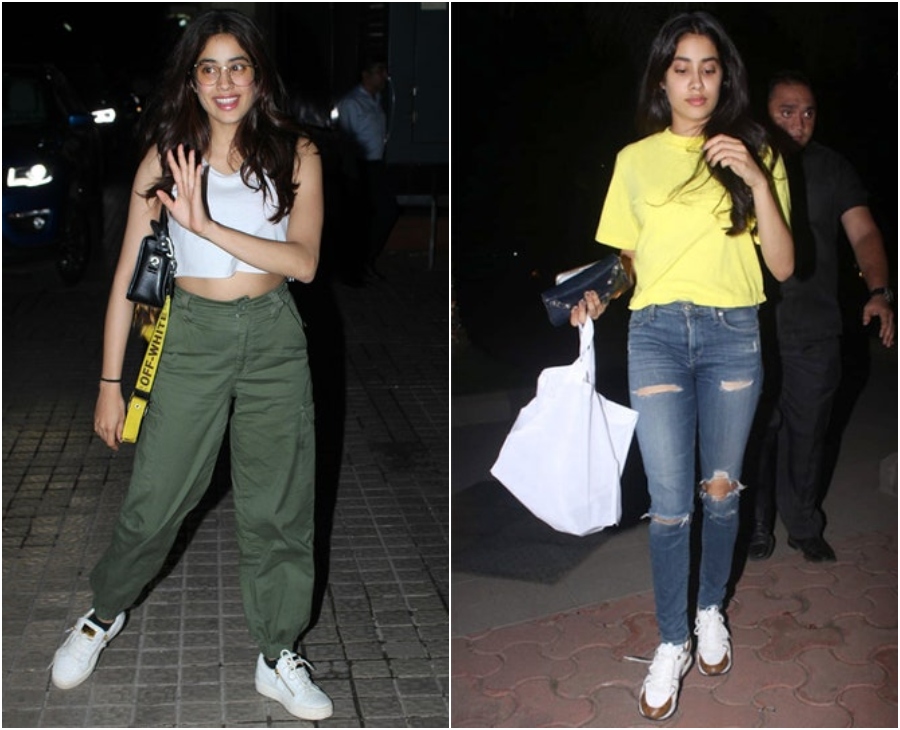 Keeping their look casual, they let their messy hair and minimal or no-makeup style to basic. Sneakers, jeans, and t-shirts are what Sara and Jahnvi are often spotted in if not in ethnic wear. Both of them have a strong sense of style and they don’t shy away from letting down their hair for a casual style once in a while. 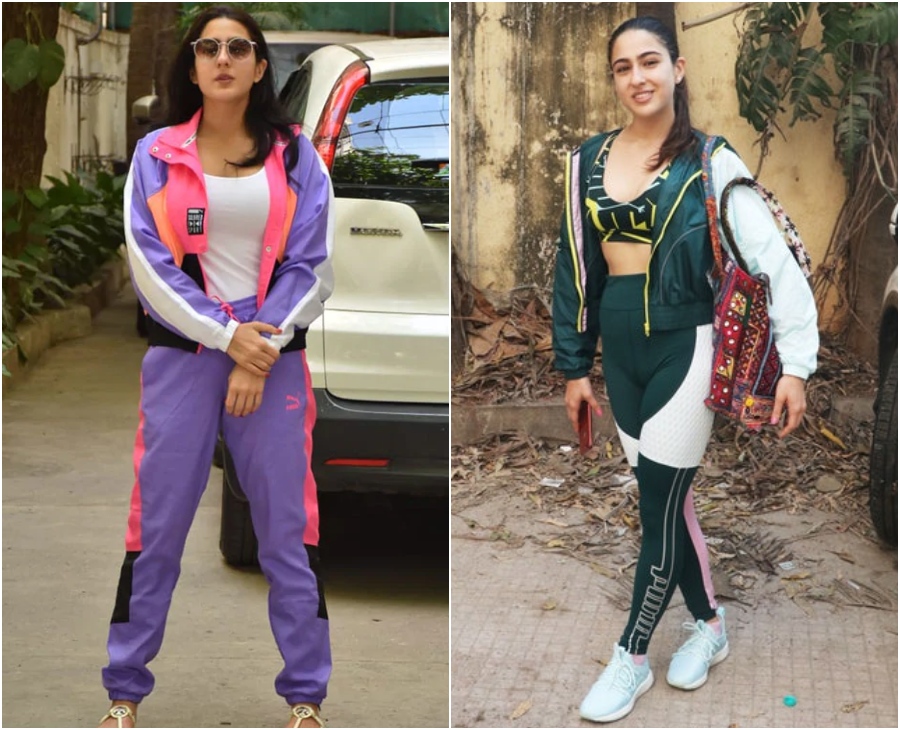 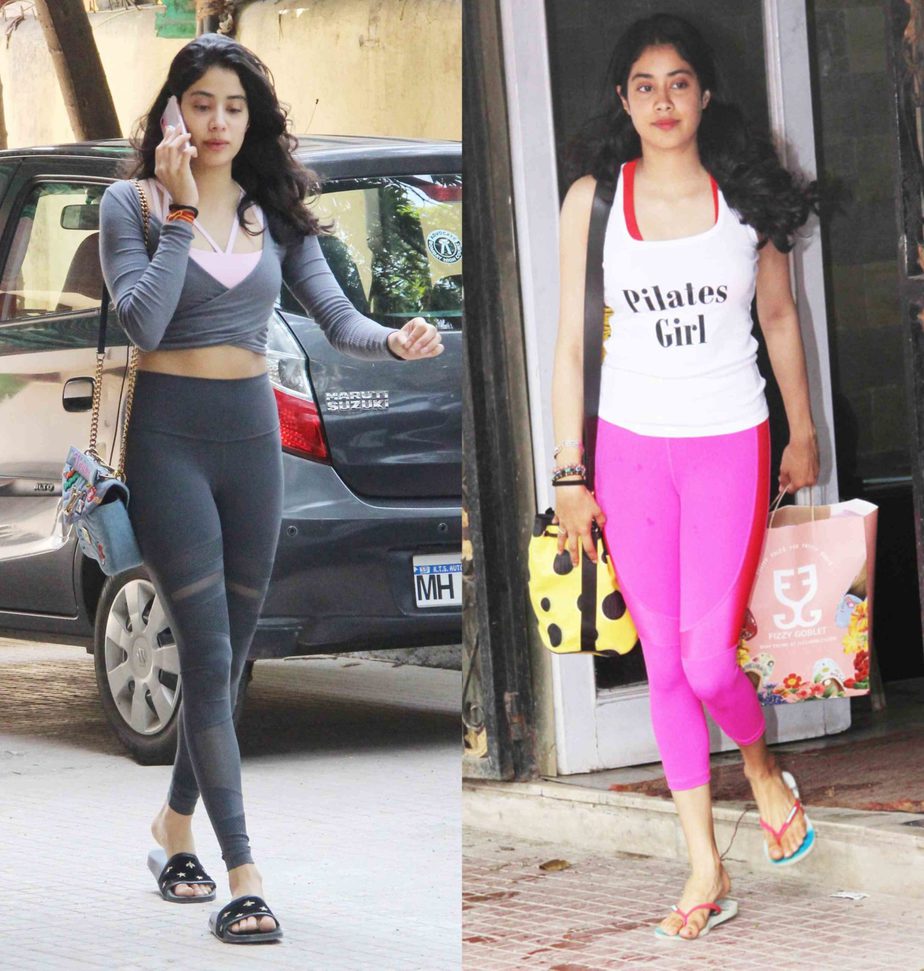 Athleisure is the newly introduced style that breaks down to athletic + leisure look. Many celebs have now started donning this style of dressing as casual and gym wear. Both Sara and Janhvi are often spotted outside their gym or Pilates sessions sporting the athleisure style. 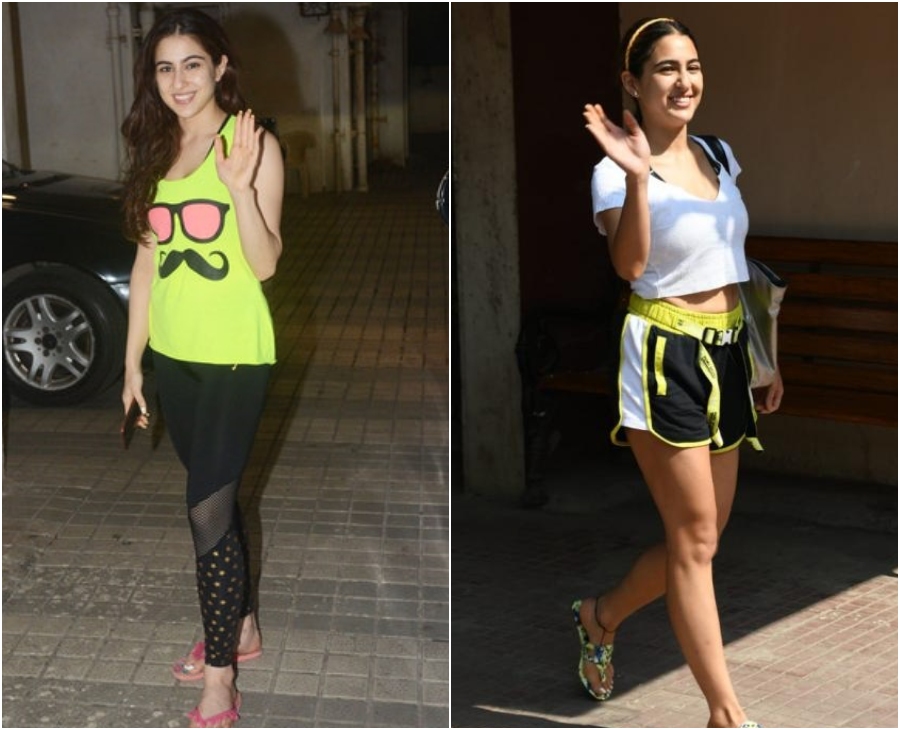 From yoga pants, shorts, crop tops, and nylon shrugs – Sara and Janhvi sport them all in style. Their athleisure style portrays the fact that gym wear doesn’t have to be boring. Also, the athleisure brands that they wear are easy to lay your hands on if you want to get the exact same look.

Sara Ali Khan and Janhvi Kapoor have displayed their glam avatars multiple times. And yet are usually spotted running around the town in their casuals just like every other girl. From casual leisurewear to ethnic and gym outfits, they give us the inspiration to dress down to basics almost every time! 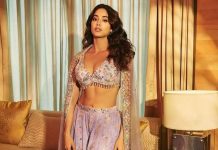 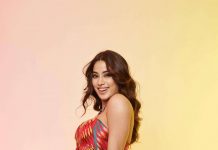 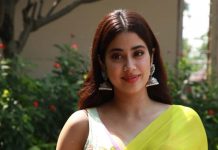 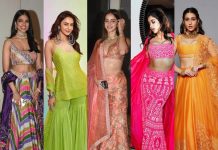 A round up of celebrity Diwali looks! 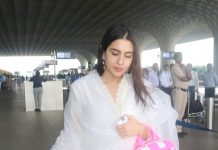 Sara Ali Khan’s simple and casual look in an ivory salwar suit at the airport! 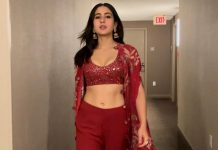 Take lessons from Sara to pair a floral cape with red sharara for a wedding!

Meenakshi Chaudhary is a sight to behold in an ivory saree...

Vidya Balan in a red saree with matching blouse!