Home Celebrity Sarees Trisha Krishnan is a sight to behold in a silk saree at...
The much-awaited “Ponniyin Selvan1” directed by Mani Ratnam finally had its teaser launched. With all the star cast, it was a star-studded event. The movie is the first of the two-part movie series. Actress Trisha Krishnan appeared in a maroon saree by Kankavali  and we are smitten by her.
Check out the pictures below and have a closer look at the outfit- 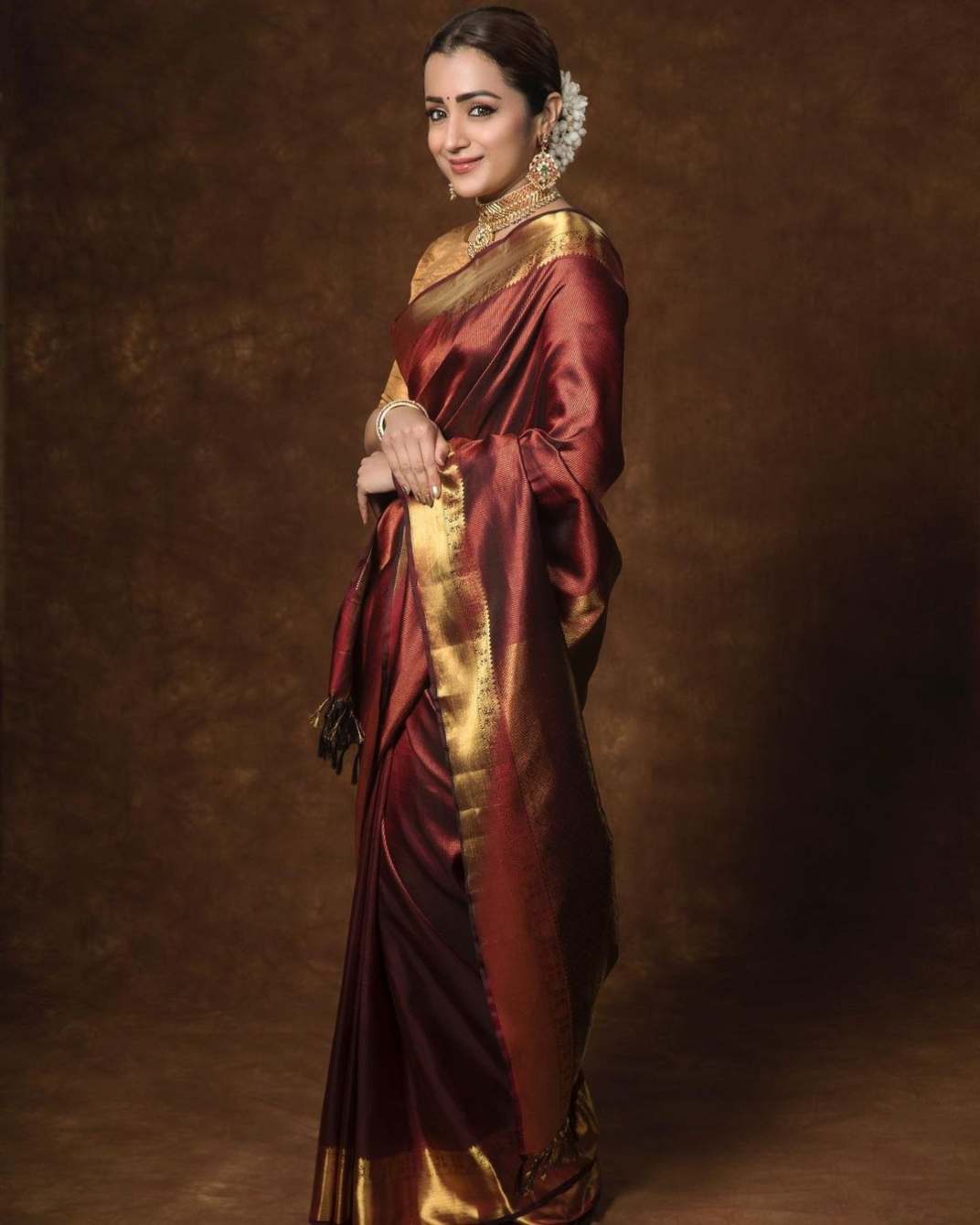 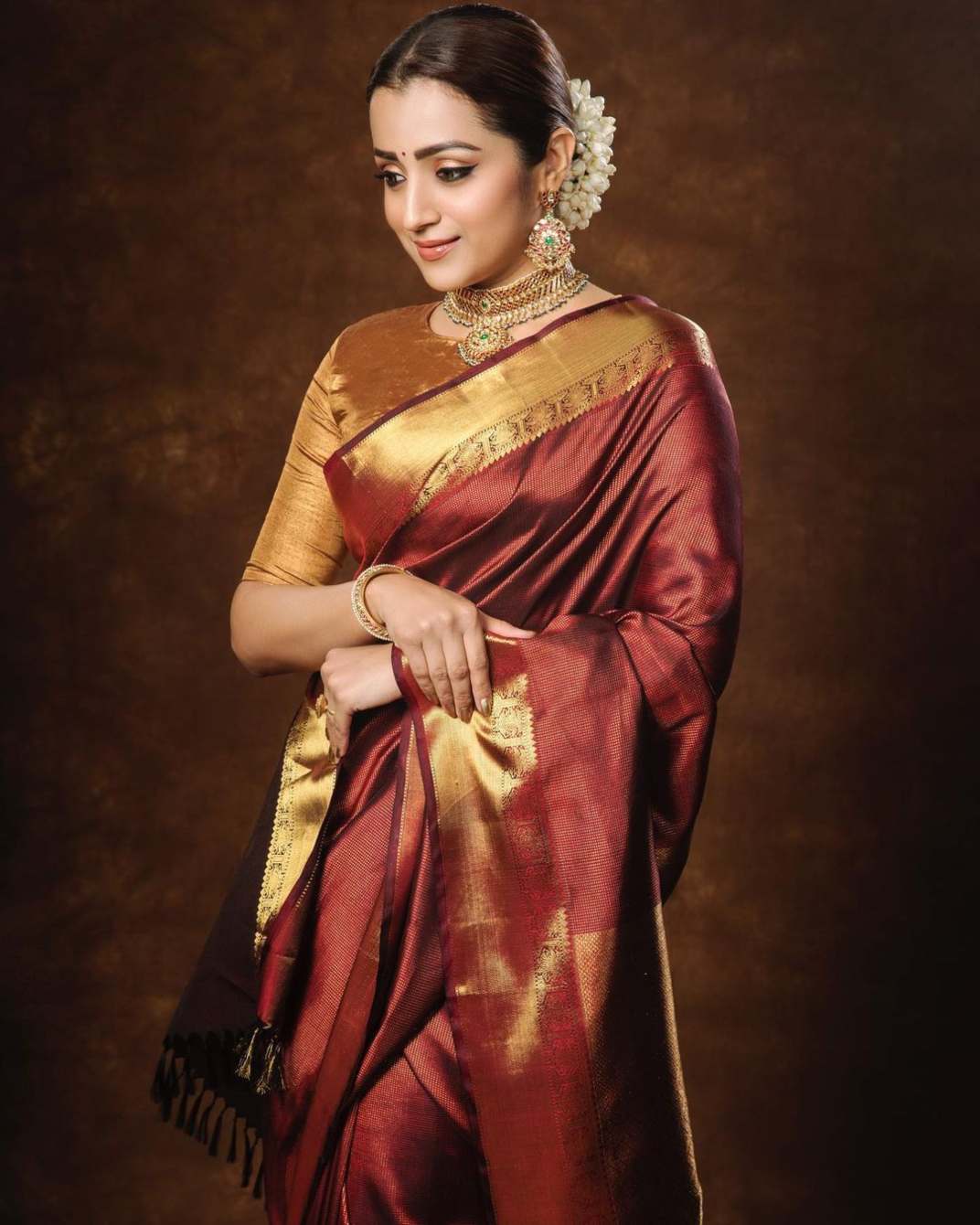 The silk saree is sans any prints on its body except for the gold threads woven onto its body. However, its border is intricately beautified with temple motifs in gold all over. Similar to the border, the pallu too showcased a solid gold base and is paired with a gold blouse by The button Thief that has no prints except for the zari work. 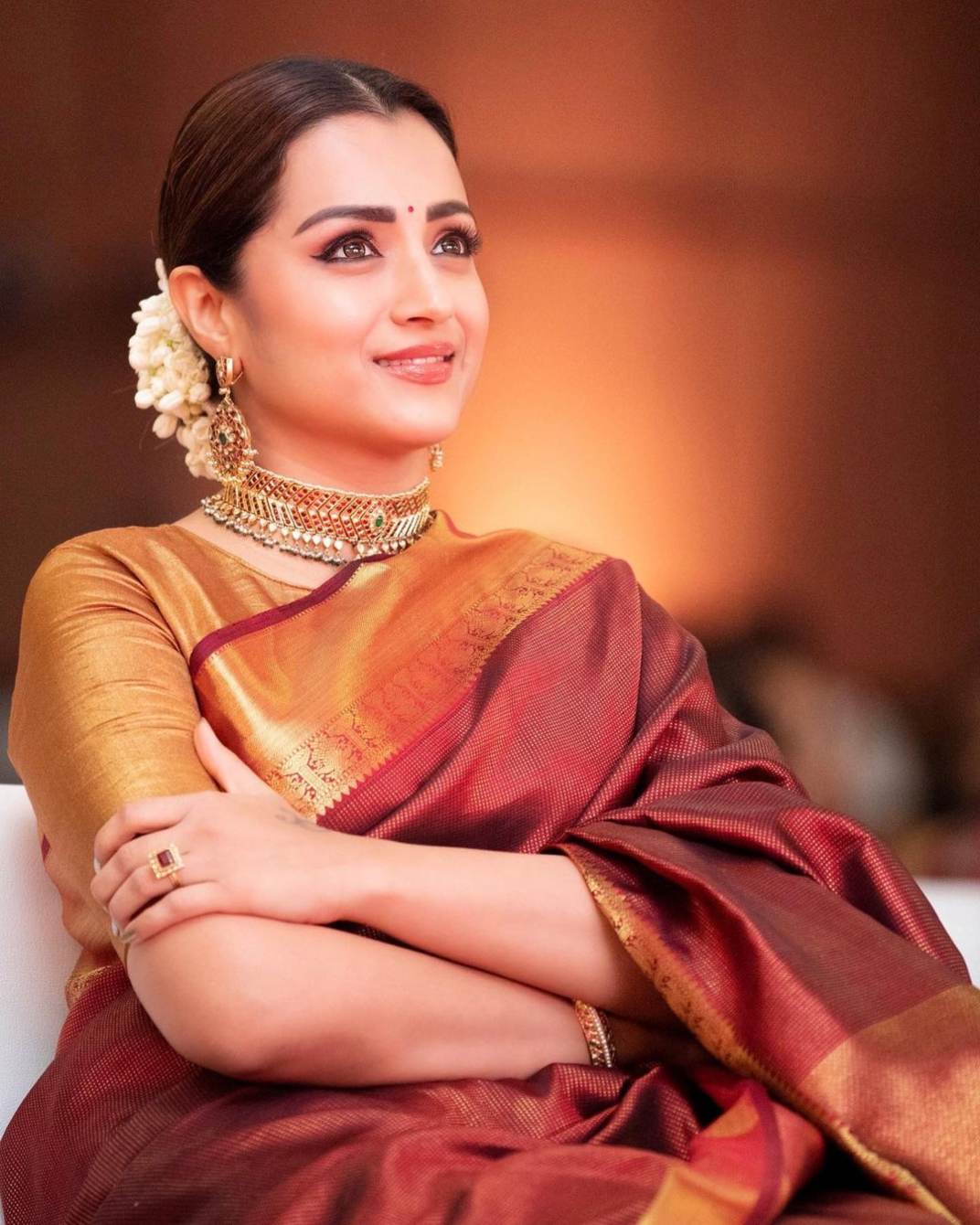 Her choice of jewels included a pair of stone-studded jadau earrings, a neckpiece and a bangle by Kishandas & Co Jewellery. Gajra adorned bun with full HD makeup,kohl-rimmed eyes, a bindi and nude lips completed her look. 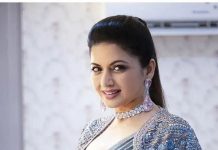 Bhagyashree stuns in a saree-jacket set! 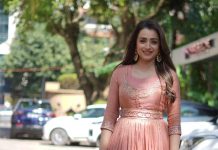 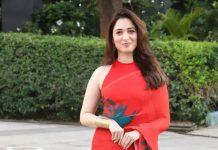 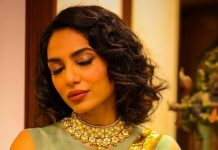 Sobhita Dhulipala leaves us awestruck in a blue saree at “Ponniyin Selvan-I” promotions! 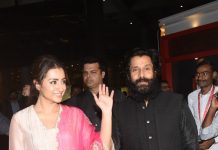 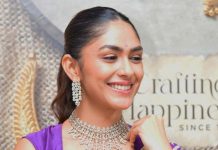 Mrunal Thakur impresses in a purple chanderi saree at a jewellery opening!

Chitrangda Singh gets clicked in a mauve dhoti set for a...

Bhagyashree stuns in a saree-jacket set!