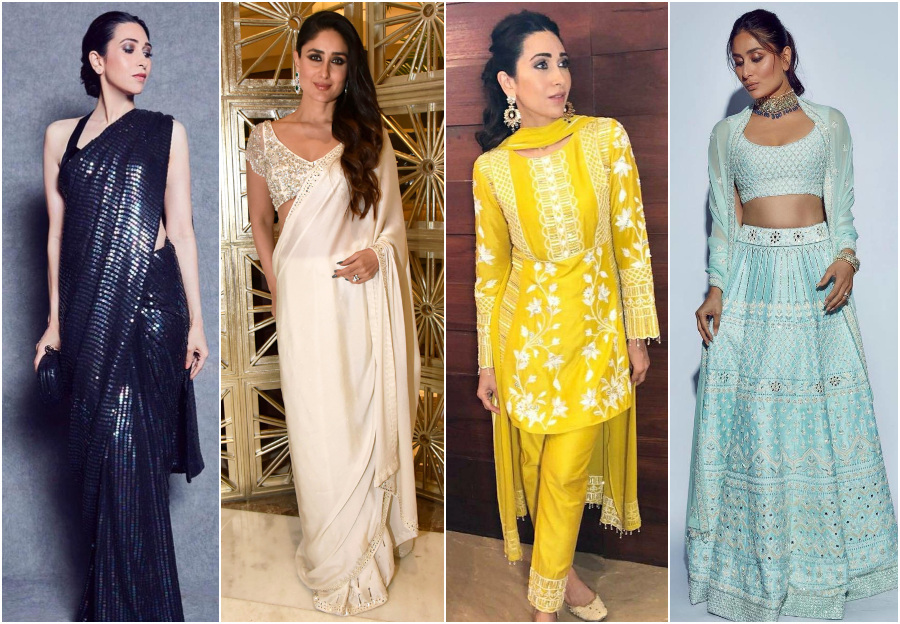 Kareena Kapoor stole the show at Akash Ambani-Shloka Mehta’s wedding in this aqua and mirror-work lehenga by Manish Malhotra. She looked phenomenal as she finished the look with a regal choker.

For Isha Ambani’s sangeet, Karisma Kapoor rocked a powder pink chikankari lehenga. This Manish Malhotra outfit had subtle embellishments that added to the beauty of the look. Karisma looked stunning in this lehenga! 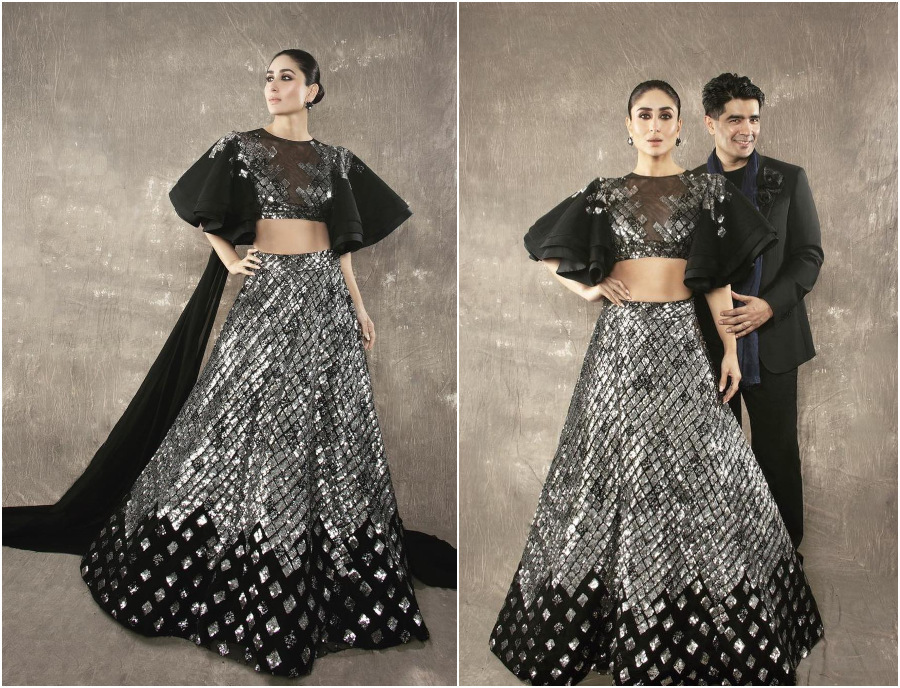 For Hindustan Times Style Awards, Manish Malhotra decided to dazzle Kareena in lavish couture. With sequin patches against the black fabric, Kareena looked no less than a glittery star!

Karisma dazzled in a lambent yellow Manish Malhotra kurta-set for Ganesh Chaturthi festivities. The silk kurta with white embroidery screamed a statement! She paired it with a sharp cigarette pant and juttis.

Dazzling in haute couture by Manish Malhotra, Kareena Kapoor Khan walked the ramp with Kartik Aryan. Kareena was a sight to behold in a beautiful heavily embellished white-silver lehenga! 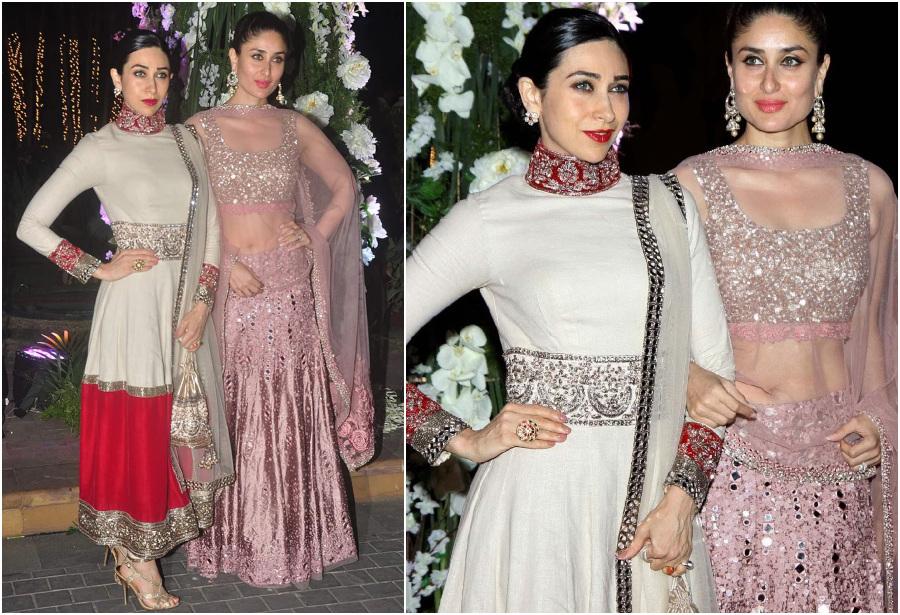 For Manish Malhotra’s niece, Riddhi’s sangeet, the sister-duo yet again awed in ethnic wear. While Karisma opted for a white-red chic Anarkali, Kareena wore a mauve lehenga. They surely know how to rock any outfit, don’t they? 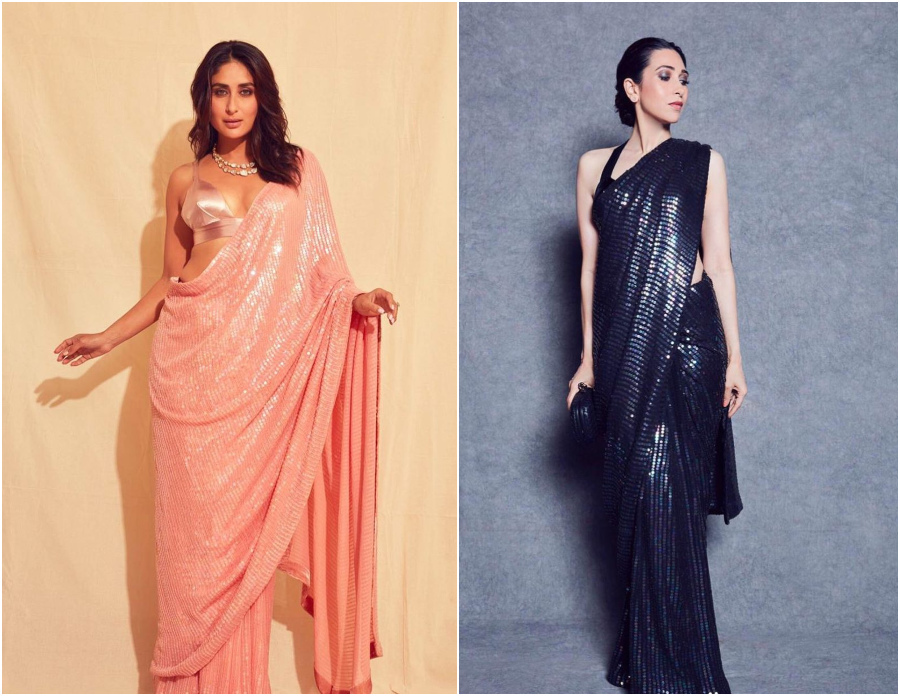 Manish Malhotra’s extremely popular sequin sarees took the Bollywood divas by storm. Both the sisters sizzled in the sarees and took it up a notch! While Karisma picked a black sequin saree with a structured blouse. Kareena wore a peach saree and satin blouse with a plunging neckline. 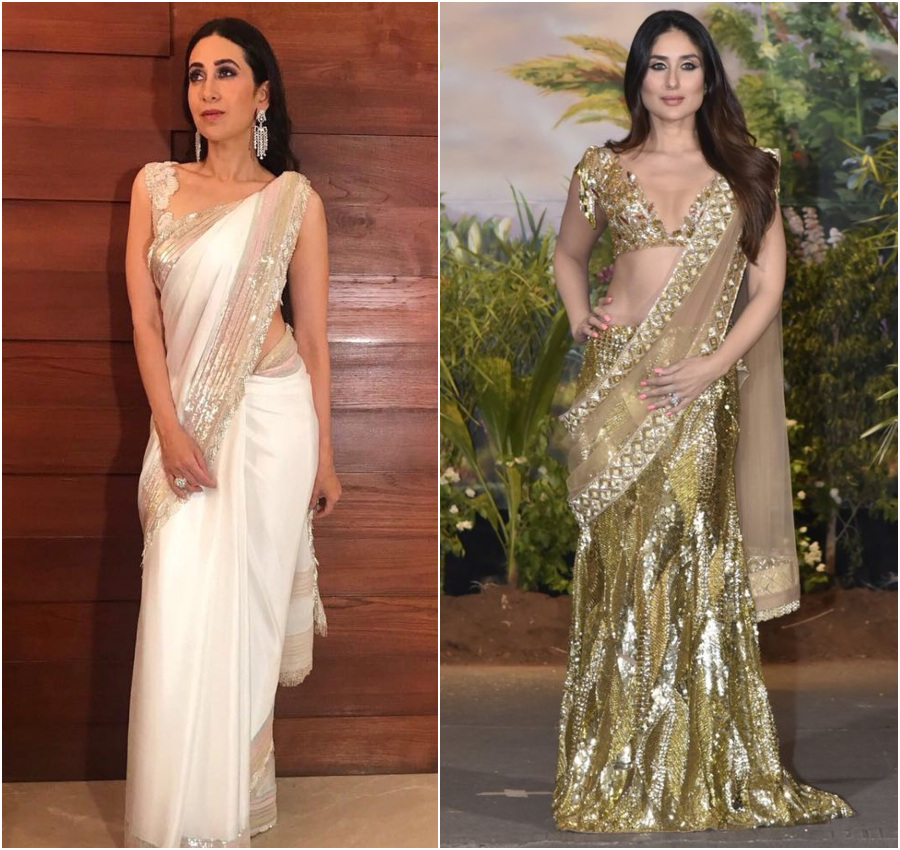 The Kapoor sisters decided to break the internet with their stunning Manish Malhotra outfits. Kareena took everyone’s breath away as she went all out in an OTT gold lehenga. She gave jewelry a miss as she slayed in a deep risqué blouse in shimmer gold. While Karisma looked like a timeless diva in this classic white saree featuring shimmery tassels and hemline. 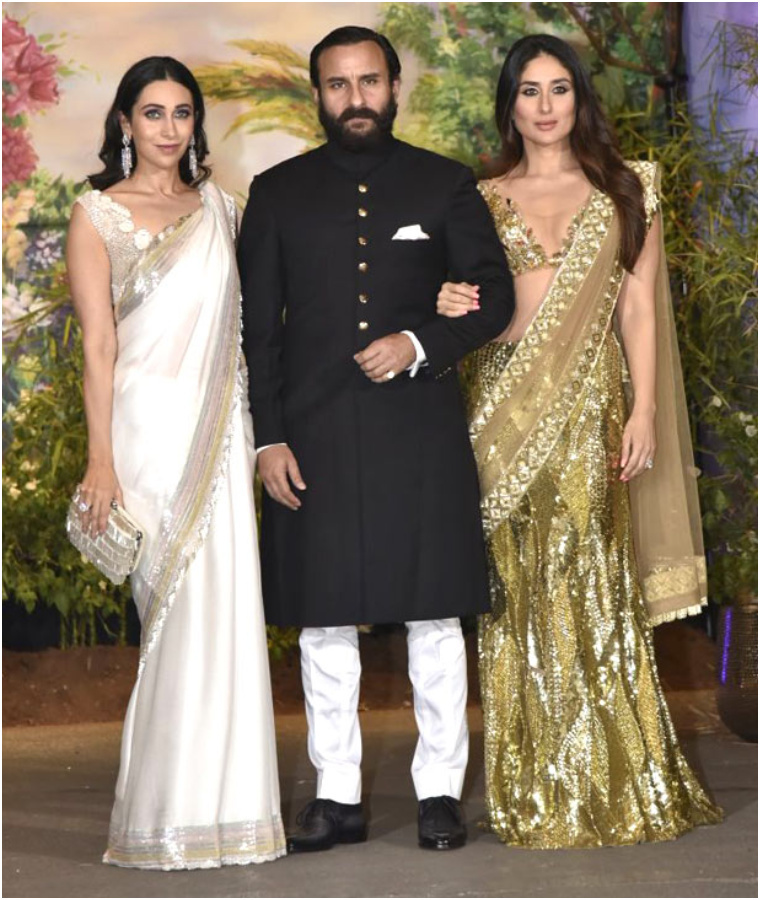 Surely, the Pataudi-Khan and Kapoor trio know how to kill with style! 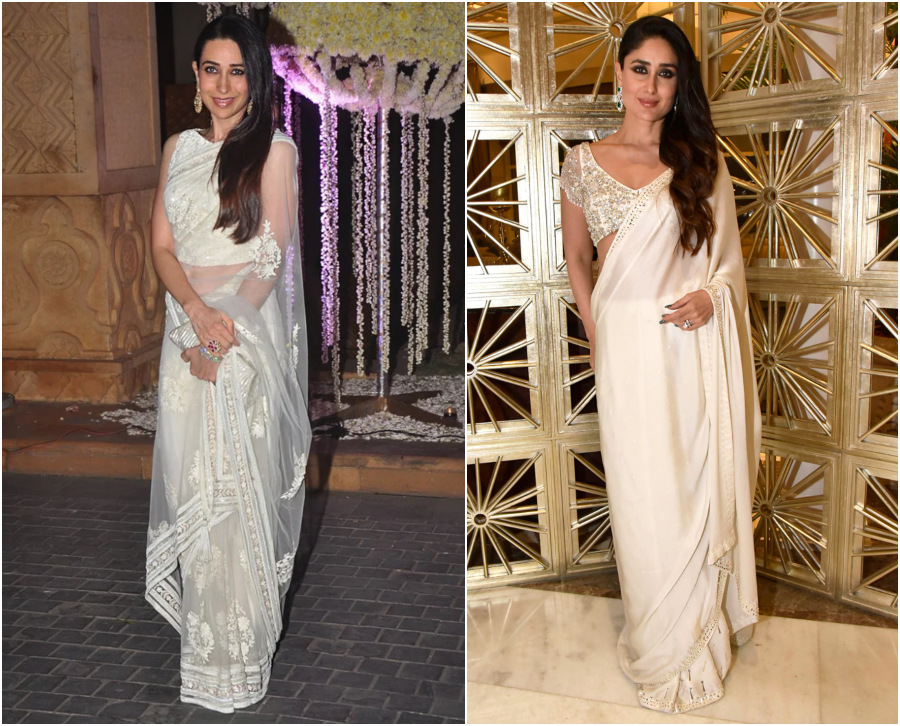 As much as we love Manish Malhotra’s OTT and heavy outfits, he also rules with minimum chic ones. Kareena and Karisma both opted for stunning white sarees from his collection on different occasions. The subtleness and elegance of these minimalistic sarees are magical!

These were some occasions when Manish Malhotra awed us as he worked his magic on the Kapoor sisters! 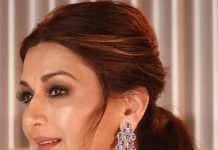 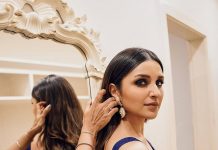 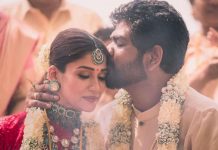 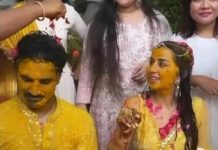 A glimpse of Aadhi Pinishetty and Nikki Galrani’s pre-wedding events! 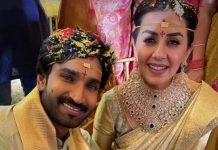 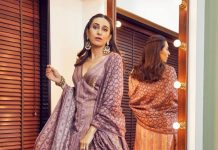 Karisma Kapoor charms in a pink kurta set at an Iftar bash!

Anasuya Bharadwaj in a red saree!

Vedhika dazzles in a blue sequinned saree for a movie launch!

Niharika Konidela’s purple cold-shoulder dress is so on fleek!