Sonam Kapoor who is bollywood’s  fashionista never fails to impress us with her stunning looks. For her grand outfits she always chooses Anamika Khanna and never disappoints us. Her effortless indo ethnic looks have taken Indian Fashion to a whole new level that is simply unforgettable. Sonam says she practices fashion and dresses up according to her mood. We love her confidence with which she carries all her outfits effortlessly. Here we bring to you 5 best Anamika Khanna sarees which Sonam Kapoor donned in style! 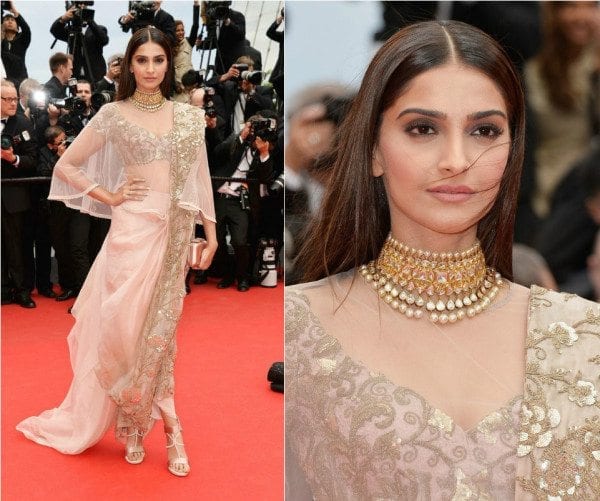 This is one look by Sonam Kapoor which stole millions of hearts. She gracefully flaunted the blush pink Anamika Khanna saree. Her minimal make-up look, statement neckpiece and clutch added more panache to her look. 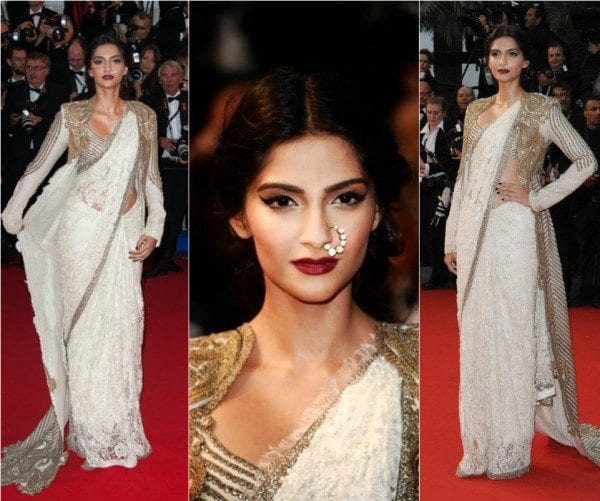 She proves to be a head turner everytime and as always she rocked this look too. Sonam jazzed up her saree look with an embellished jacket. Smoky eyes, nose rings and tied up hair-do summed up her look. We simply adore her fusion avatar. 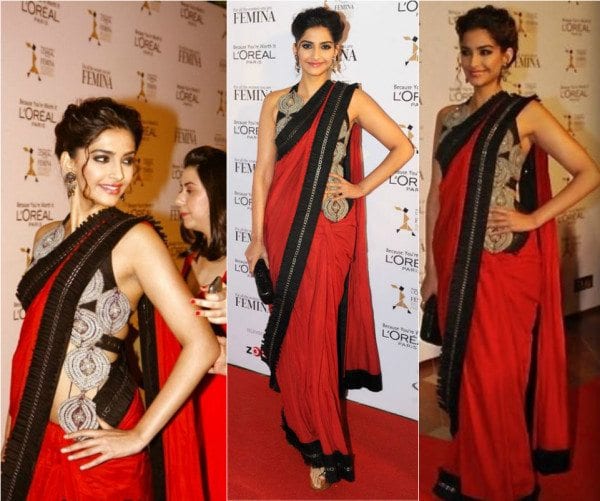 We are so much in love with Sonam Kapoor’s contemporary looks. And this one is simply mind-boggling. At the L’oreal and Femina awards she donned a red and black Anamika Khanna saree with frill detailing borders. She flaunted a chic long blouse and opted for a high up-do and statement earrings. 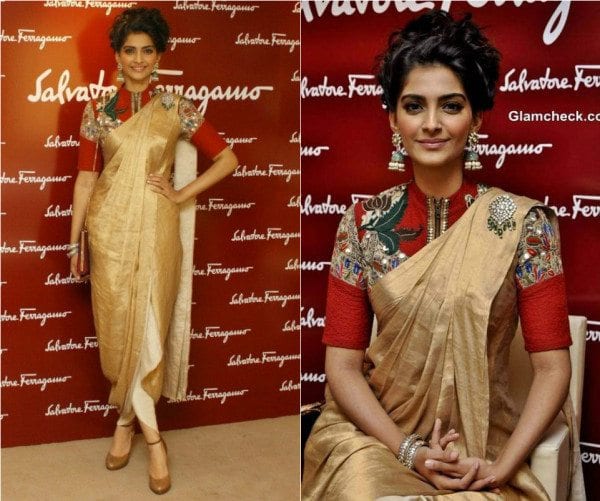 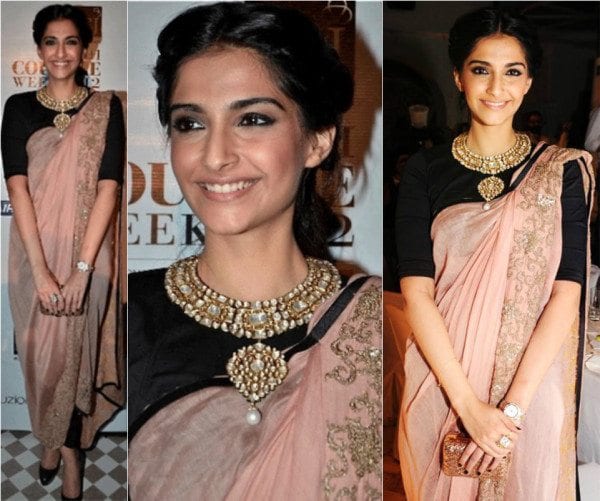 Sonam Kapoor as always rocked the Delhi Couture Week in this gorgeous Anamika Khanna saree. We love the combination of the blush pink and black. And the drape of the chiffon fabric flows like a dream on her. She always opts for a statement necklace or earrings but never over does it.

Sonam’s fusion looks are always spectacular and she proves to be India’s fashionista every time! 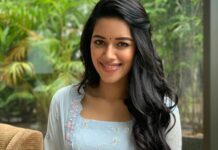 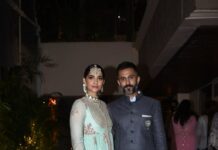 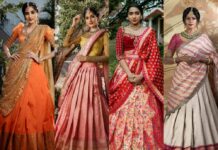 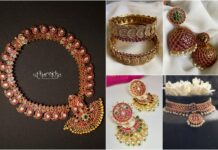 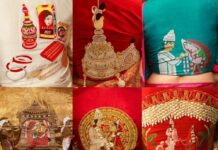 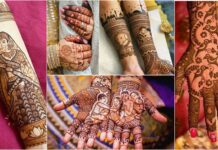 Keerthy Suresh pulls off a chic look at the airport in...

Shilpa Shetty gives a stylish spin to a saree in a...

Pranitha Subash decks up in a pink silk saree for a...

Deepika Padukone shimmers in a tulle bling saree at a charity...