Diwali parties this year have been extra special. Mostly due to the part that our favourite celebrities were seen in amazing ethnic wear for almost a week now. As the celebrations are about to end, we take you through the three major lehenga looks from producer Krishnakumar’s party. 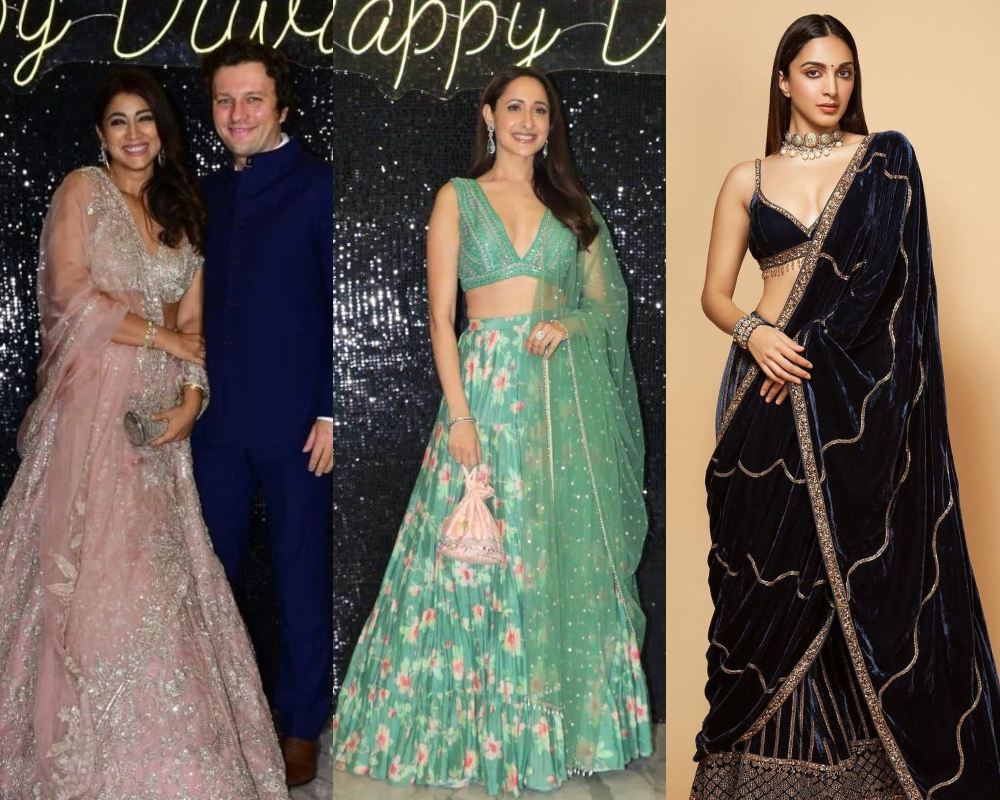 1.Pragya Jaiswal in a green lehenga by Chamee and Palak– 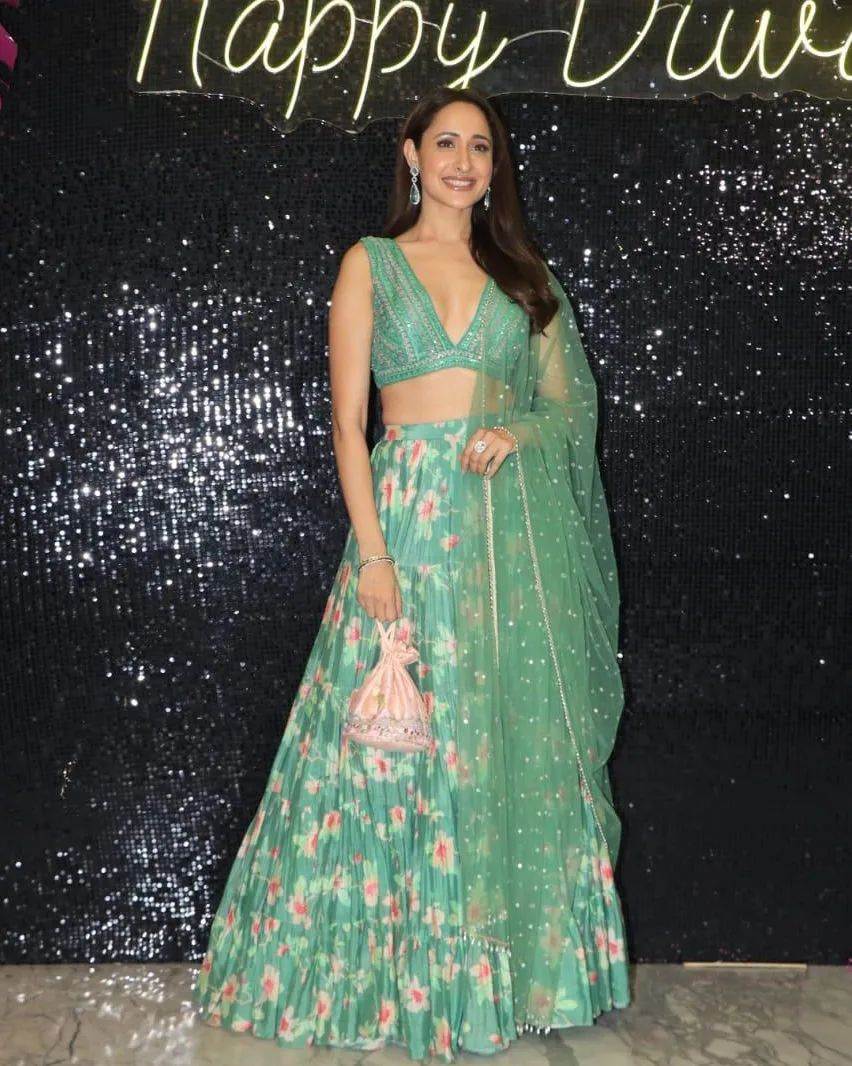 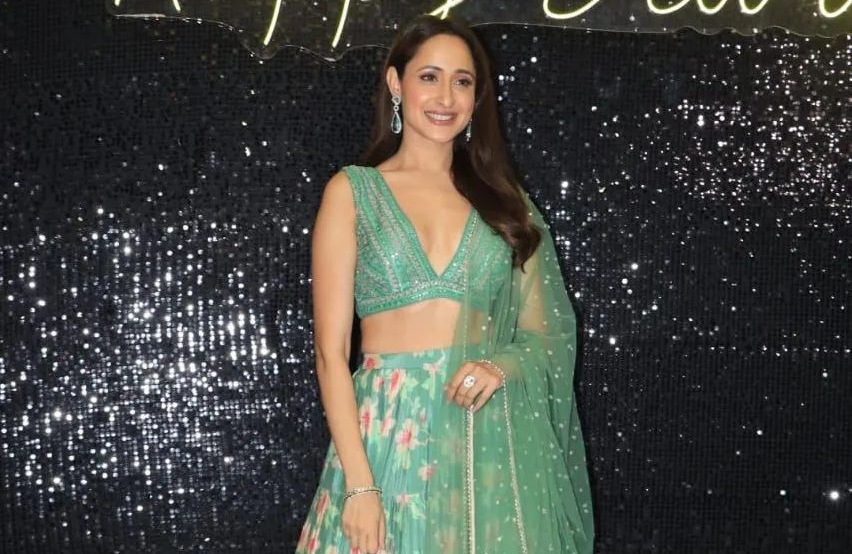 This one is floral worked on its body in pink and ivory. Its sleeveless blouse is intricately hand embroidered all over and matched with a sheer butta-adorned dupatta. Her jewel choices included a pair of diamond earrings and a bangle by Ananyah Jewellery

2. Shriya Saran in a pink lehenga by Anushree Reddy Design– 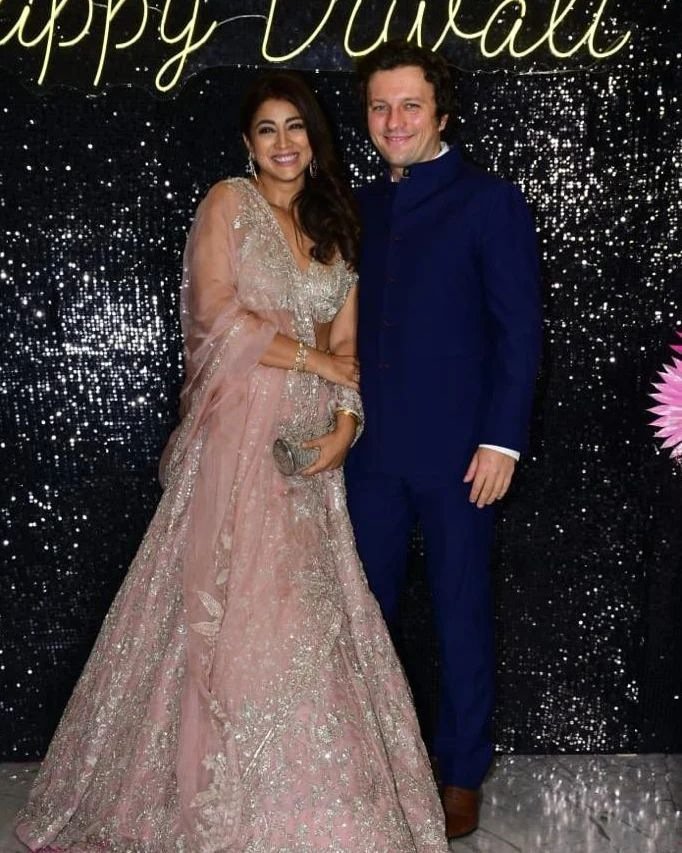 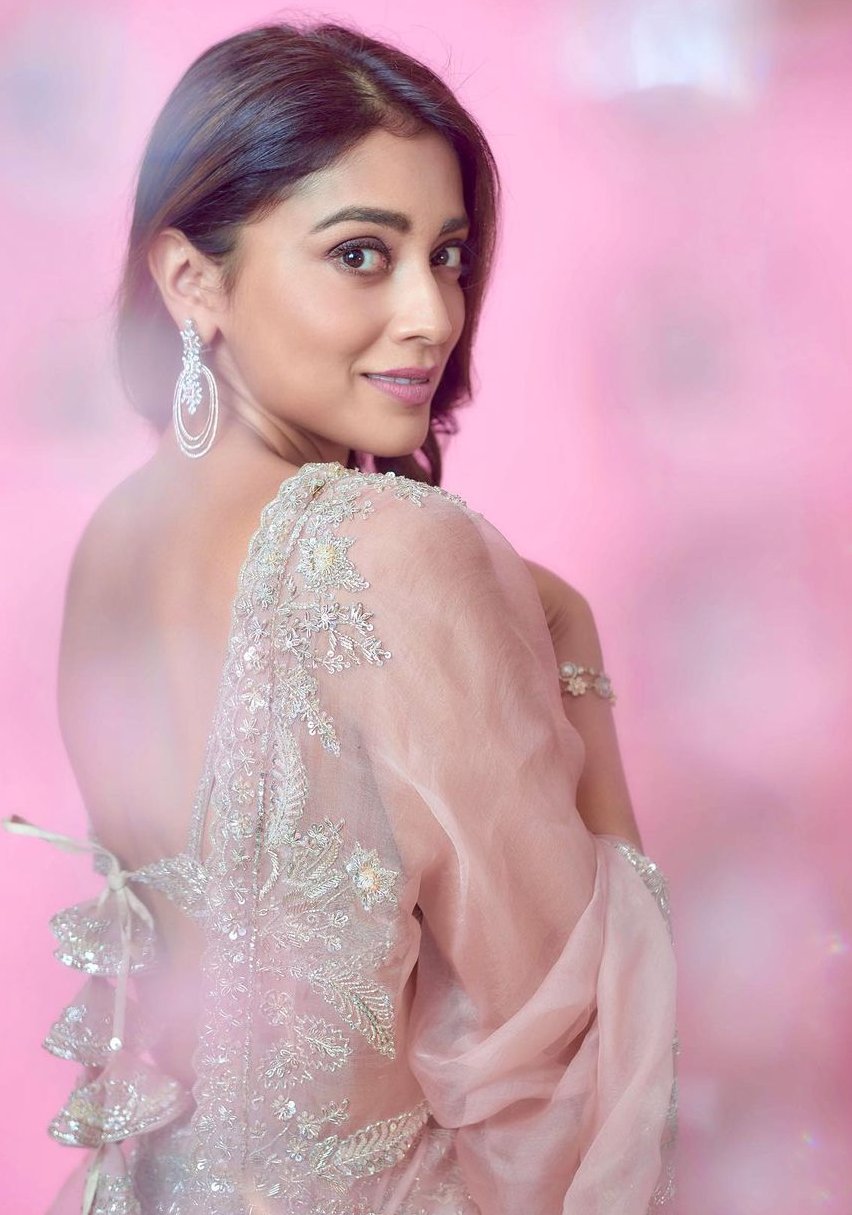 The rose pink lehenga featured zardozi work in silver all over it. This is further punctuated with stones and zardozi work. It comes with a sheer dupatta. Her diamond jewels belonged to the white Maison couture. 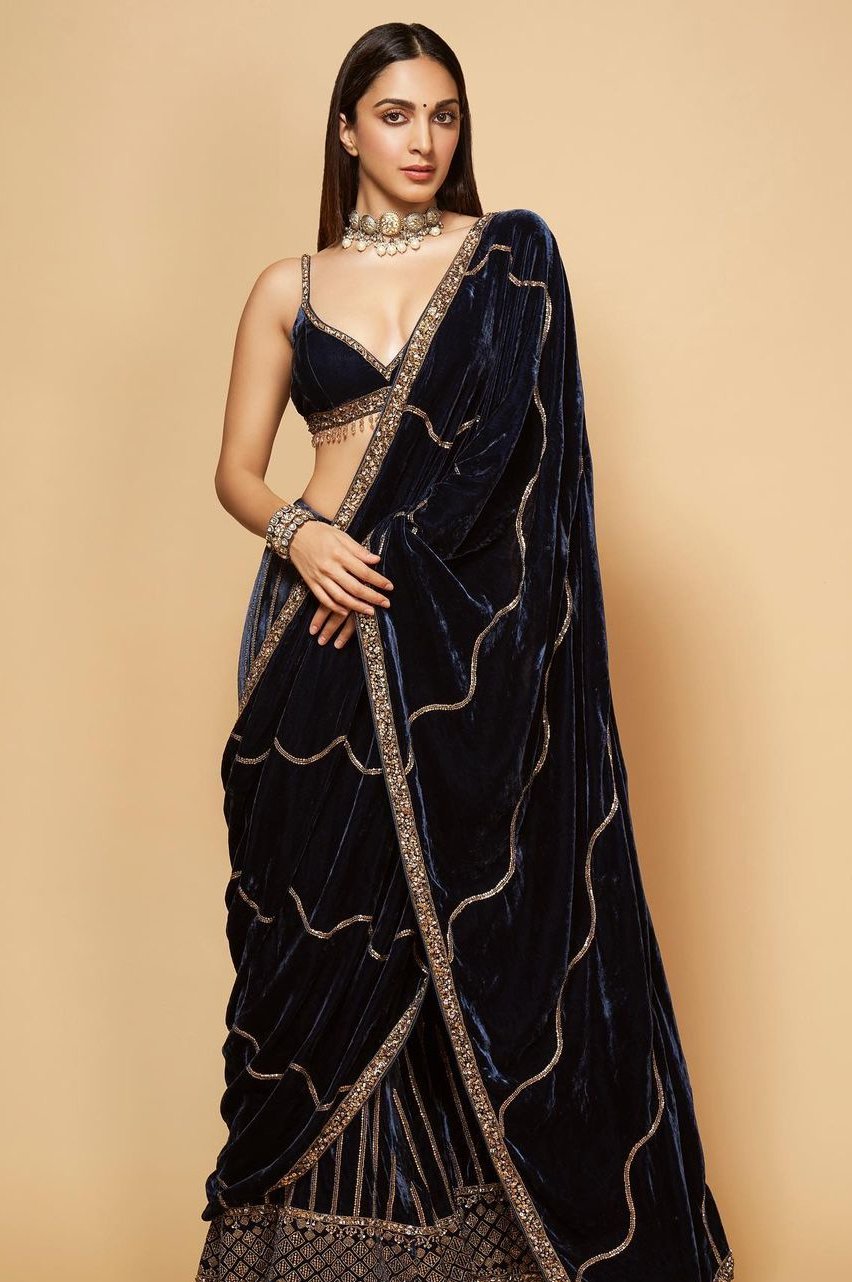 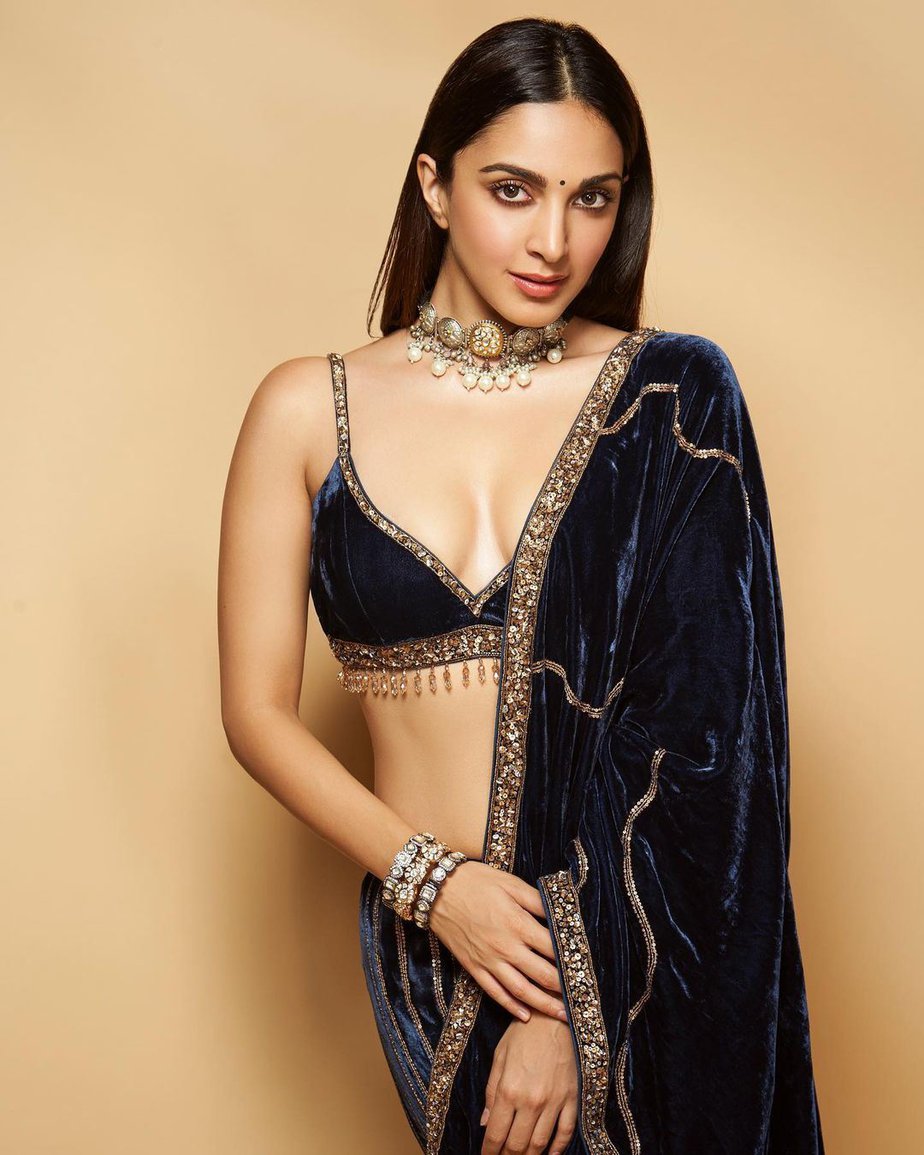 Kiara wanted to look regal and therefore opted for a velvet ensemble. Adorned with zardozi in gold on its body, it is paired with a matching blouse and dupatta also sharing its intricacies. She chose to pair it with some jewel pieces by curio cottage, Ascend and Rubans. 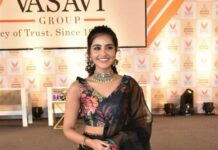 Anupama Parameswaran in a black lehenga 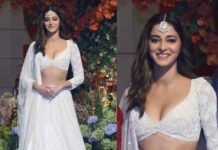 Ananya Pandey in a white lehenga 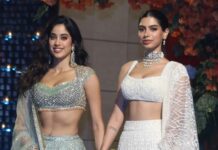 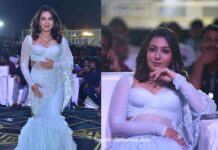 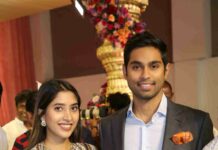 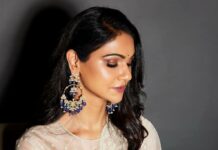 Sneha Reddy’s magnificient look in an ivory organza saree for a wedding!

Mrunal Thakur in a kanjeevaram saree

Hanshitha Reddy in a green sharara suit at Sharwanand’s engagement!