Actress Keerthy Suresh has officially become one of the busiest actresses in South India. She is a hit in all the three languages and infact has been given a release in each language. The beauty will be next seen in “Vaashi” opposite Tovino Thomas, which is touted to be a courtroom drama. Keerthy has already begun the promotions and for the first leg of the same wore an ivory saree which looks very much comfy.

Check out the pictures below-

The chiffon saree is very minimally printed snd worked with. Being a summer saree, it only bears multicoloured floral prints on it including colours like red, green, yellow and pink. Moreover, it is paired with a sleeveless blouse also showcasing no prints in tandem with the saree.

Her jewel choices were also minimal and included only a pair of metal earrings. She rounded out the look with a messy bun,kohl-rimmed eyes and nude lips. 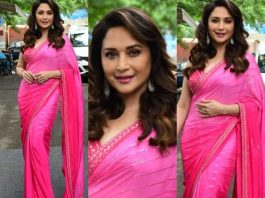 Madhuri Dixit is beauty redefined in a pink ombre saree! 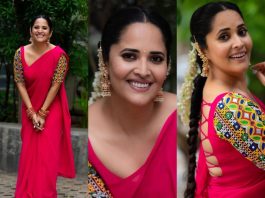 Anasuya Bharadwaj in a plain saree with a mirror work blouse! 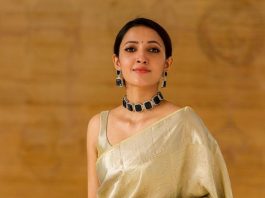 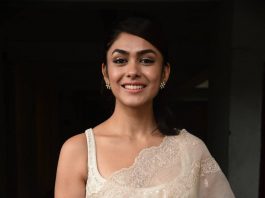 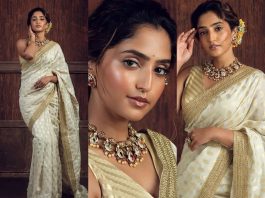 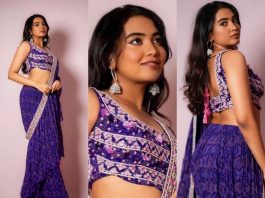 Shivathmika in a purple pre-draped saree at a wedding!