Aha has grown to become one of the most popular Telugu streaming websites lately. In the light of the success of the venture and their one year anniversary, the owners decided to throw in a bash that was star-studded in every aspect. Actress Lakshmi Manchu was called upon to host the event and she did that in a gold concept saree by Tarun Tahiliani.

Scroll down to see the pictures below- 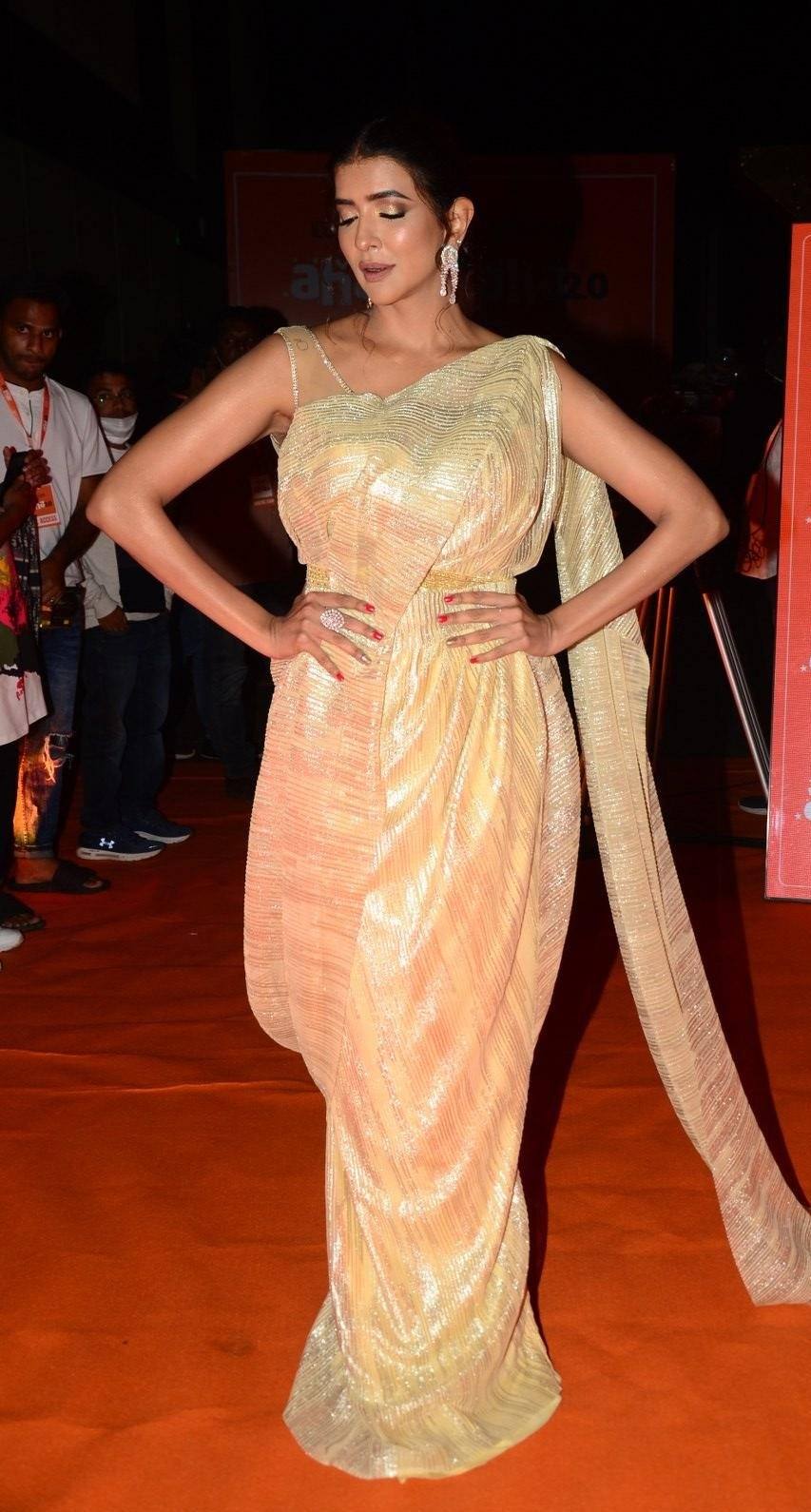 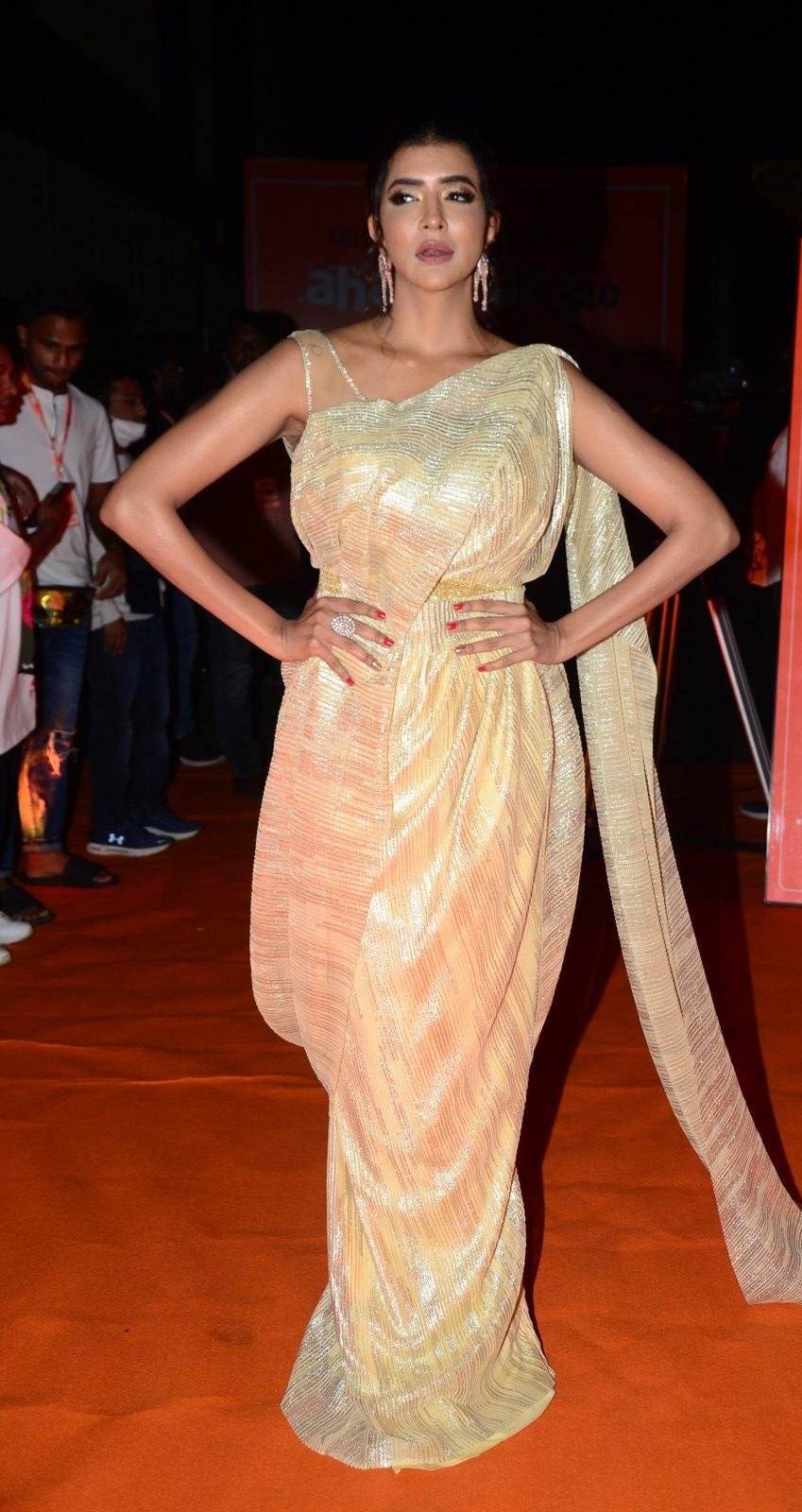 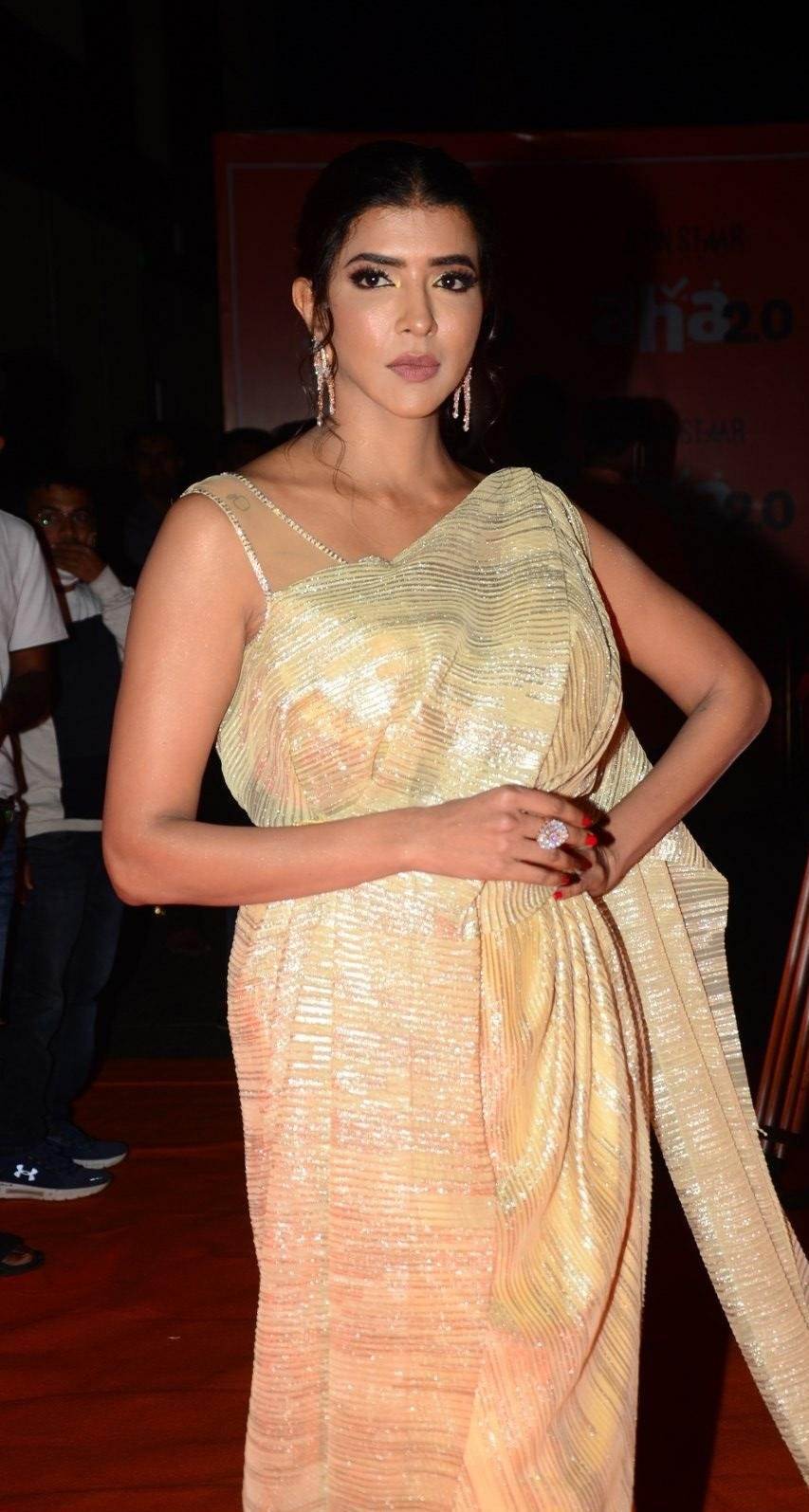 The overall stretch tulle fabric saree had a whole wrap around make. However, it has a well defined long train pre-pleated pallu affixed to its side. Moreover, the cinched saree also featured a gathered waist that added to its chicness. It is paired with an illusion necklined sleeveless blouse. 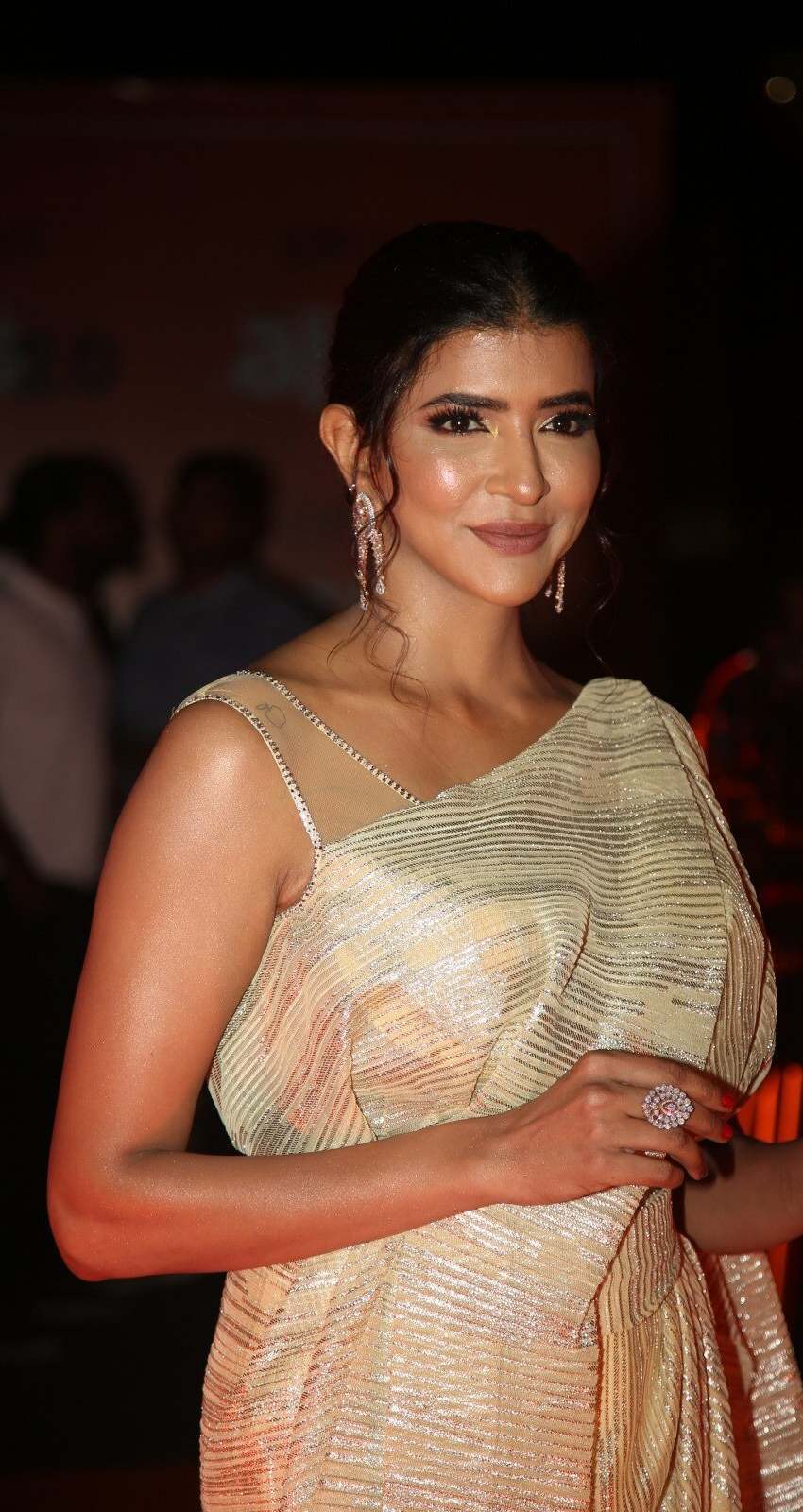 Owing to its blingy appearance, the actress chose not to pair it with heavy accessories and in fact, went with just a pair of diamond earrings and a ring. Low tied bun with detailed eyemakeup, glittery cheeks and nude lips. 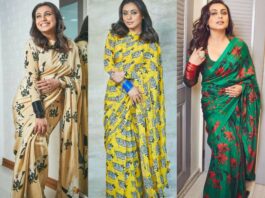 3 Looks of Rani Mukherjee in printed Masaba sarees for “Bunty... 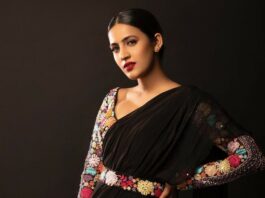 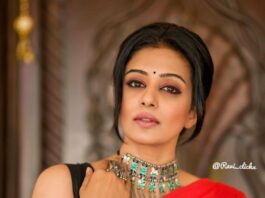 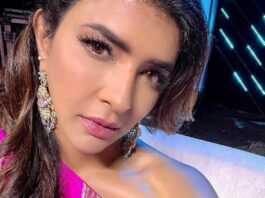 Lakshmi Manchu in a foil-printed tunic-palazzo by Masaba! 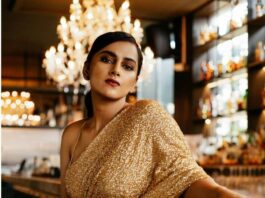 Shraddha Srinath keeps it stylish in a gold sequinned saree with... 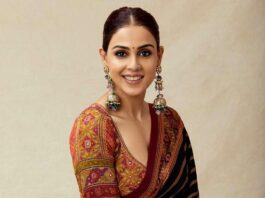