After completing his one-week vacay in  Dubai, young tiger Jr. NTR returned to Hyderabad yesterday. The star had taken a small break to relax with his family in between the arduous shooting schedule for RRR. His wife Lakshmi Pranathi and son Abhay Ram also accompanied him. 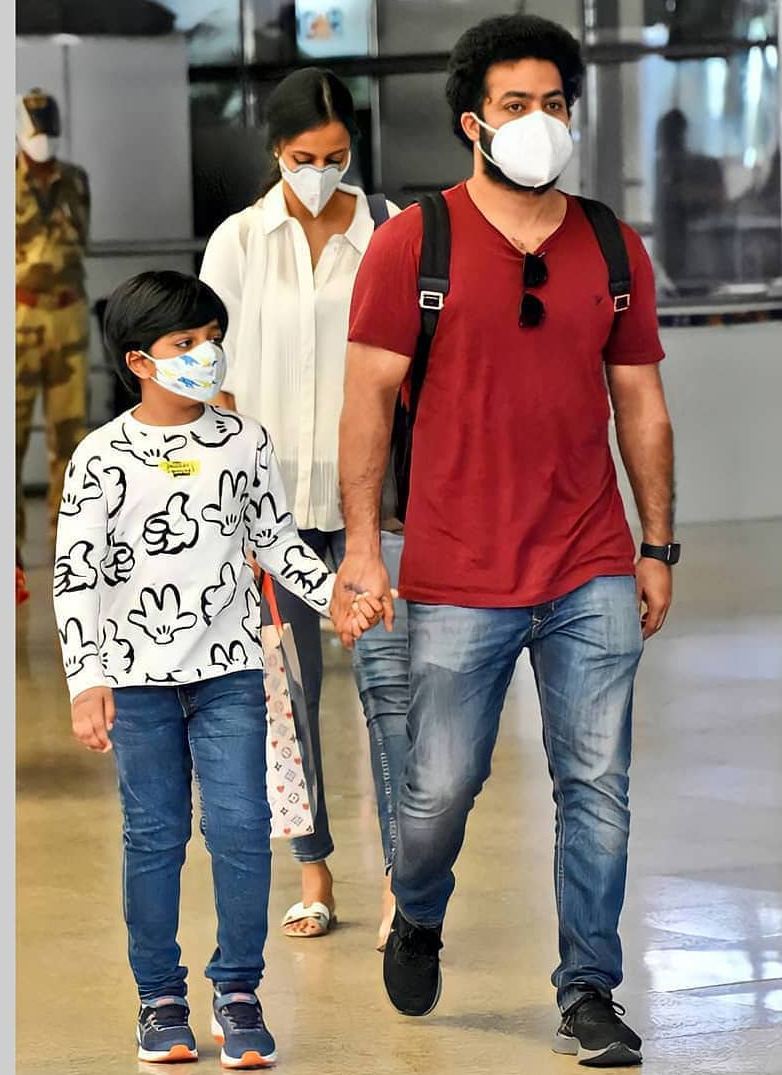 Tarak was spotted holding his son’s hand with his wife behind him in a casual maroon tee paired up with blue acid wash denim and a cool pair of glasses. His shoes were black in colour and complimented the look he carried. He didn’t forget to put on a white mask. He styled it with the rugged look he has maintained for “Komaram Bheem” and we say he looked cool. 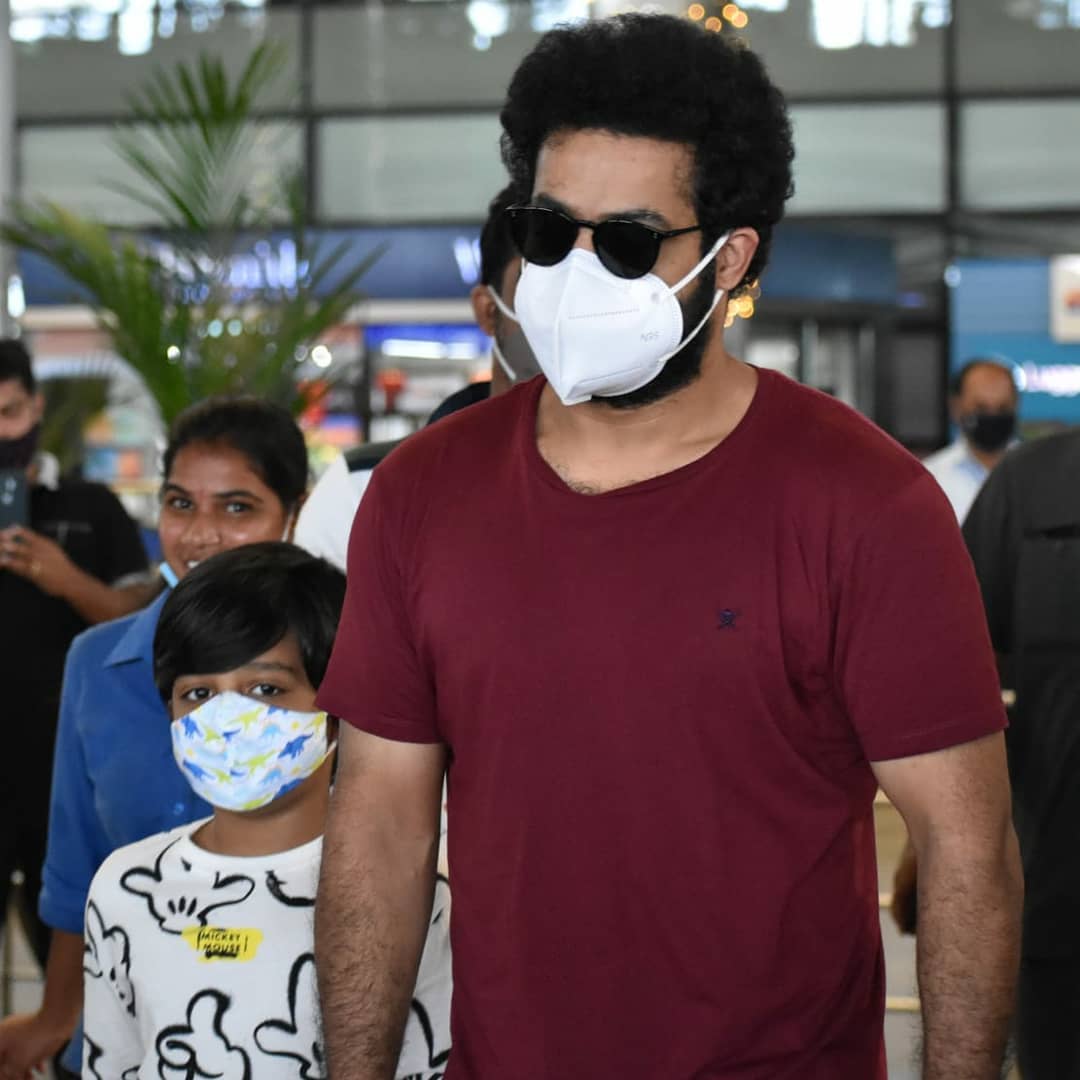 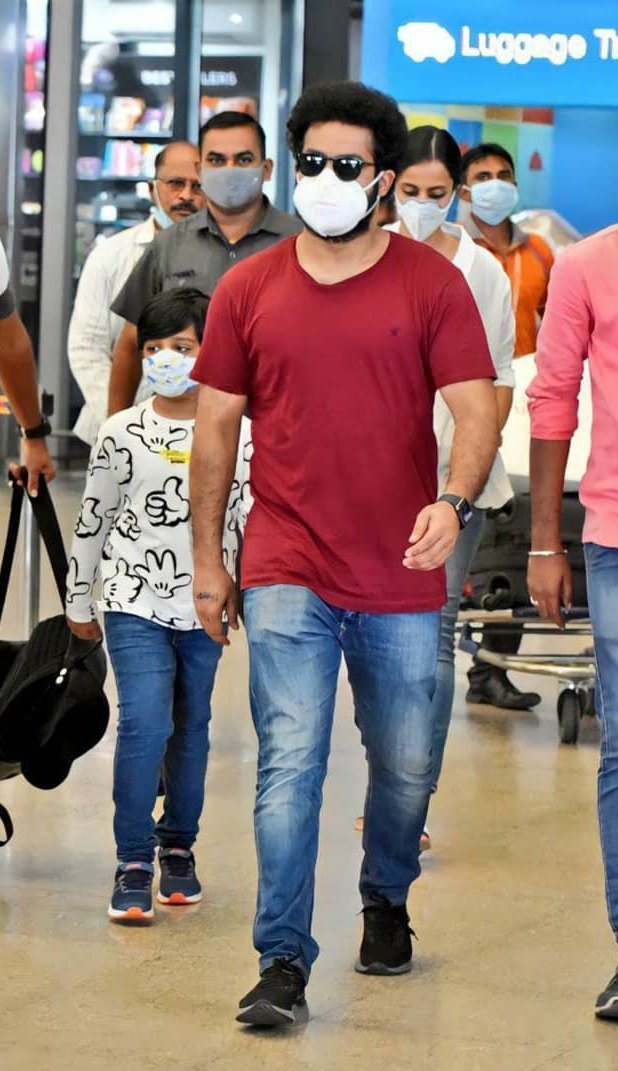 Following her husband’s footsteps, Pranathi sported a casual white shirt with a pair of blue denim and ash coloured mask. She tied her hair in a loose ponytail with white flats. 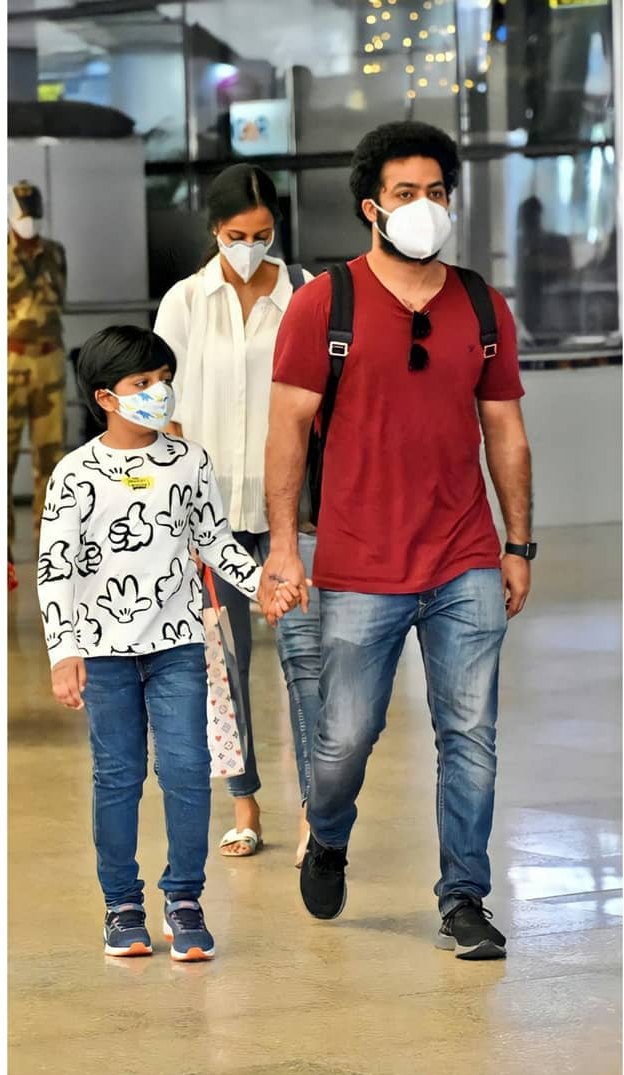 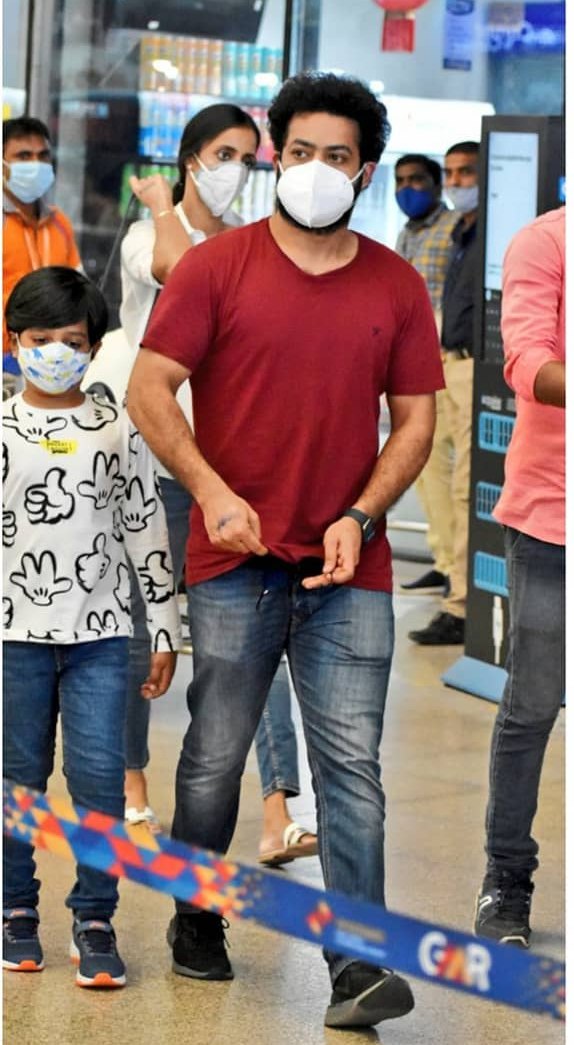 His son Abhay went with a round-necked sweatshirt and a pair of blue denim. He also donned a cute white mask and blue-orange pair of shoes. 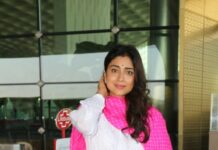 Shriya Saran papped at the airport in a white chikankari kurta set! 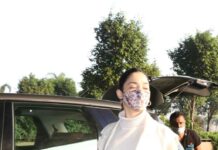 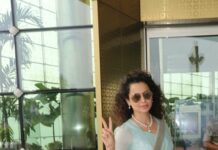 Kangana Ranaut looks graceful in a powder blue saree at the airport! 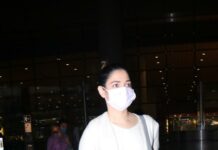 Tamannaah Bhatia gets papped in a draped white dress at the airport! 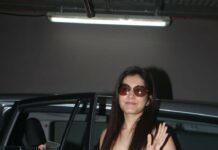 Raashii Khanna keeps it casual in a floral midi dress at the airport! 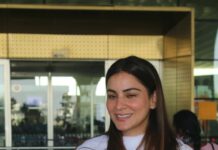 Shraddha Arya looks ethereal in a white gharara set at the airport!

Ramya Nambessan is a sight of beauty in a maroon kurta-set!

Shriya Saran papped at the airport in a white chikankari kurta...