Fashion Designer Gaurang Shah mesmerized his audience at the recent Lakme Fashion Week, mirroring the enchanting 18th-century clothing style during the rule of Peshwa Bajirao. The ornate weave synonymous with royalty of Maharani Chimnabai of Baroda. The show opened to soul-stirring live classical music, as the models graced the ramp in Gaurang’s Peshwai woman and men’s collections.

Revealing the idea behind Peshwai, post his show Gaurang Shah said “The collection Peshwai is a classic merger of rich textiles originated in the Deccan plateau, rooted in the Peshwa royalty. In Peshwai, we have woven the ethos of two rich region …bandhani from Gujarat and jamdani Kota from Rajasthan.”

The 40 ensembles, a line-up of 20 sarees and 20 dresses brought to for India’s historic textiles in a contemporary light, featuring Paithani, incorporating borders as vast as 30 inches including a spread of jaalar. 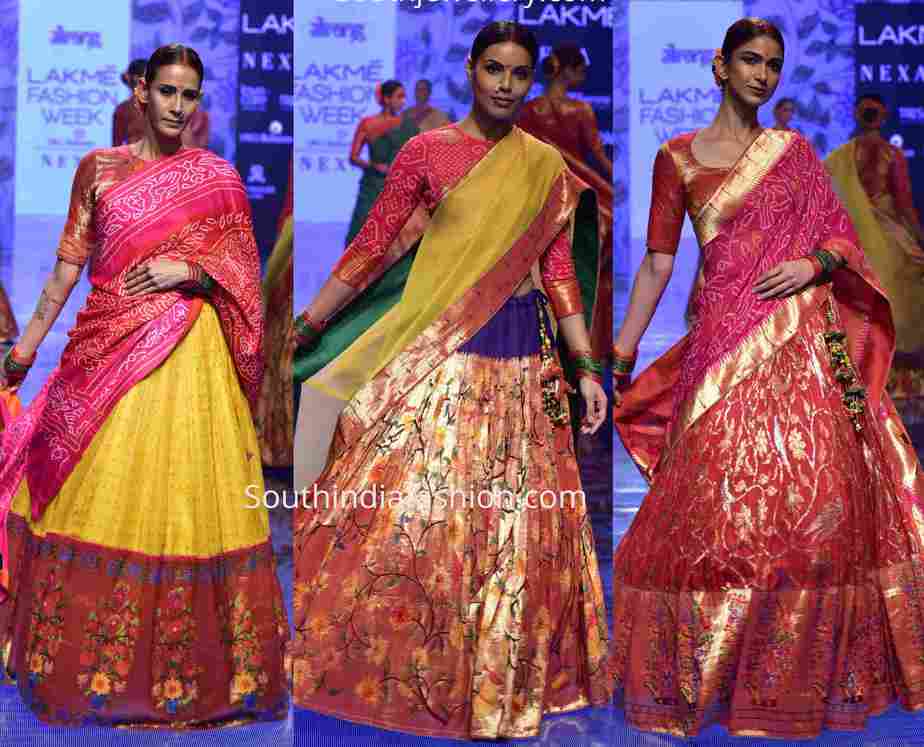 “Peshwai is a novel textile experiment. It is a revitalization of 18th-century motifs with an innovative layout.” Gaurang adds, you will get to see the dull checker texture of Kota Doria become a beautiful canvas of jamdani; with an inlay of Persian patterns and mosaics, the age-old Kota cotton saree transforms into a new contemporary classic. The intricate mustard seed bandhani stresses the ornate weaves of the Peshwa dynasty. 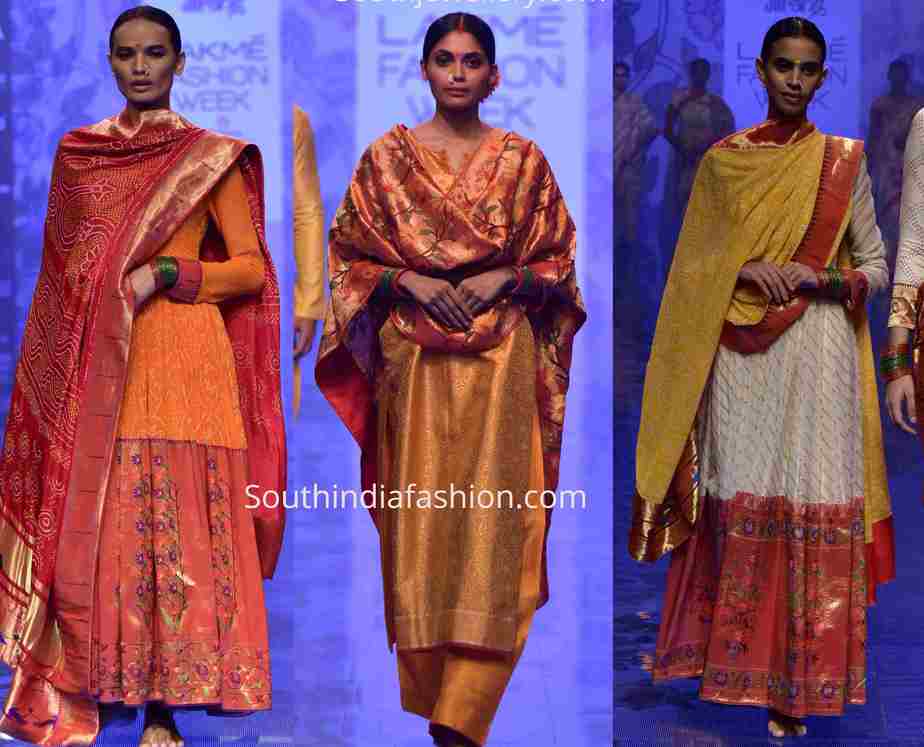 The beautiful color tones added enduring charm to Peshwai …with colors tone from mogra whites grading into sunflower shades of yellow, oranges to rose reds; the silhouettes are traditional with a royal play of drapes from the books of the Baroda Palace and Dakkhan.

In Peshwai, Gaurang heightened the intricate mustard seed Bandhani for the ornate weaves. To add royalty to the rich and regal the color canvases, the designer matched the beauty; infusing pure white, flowing into shades of yellow, orange and rose red. 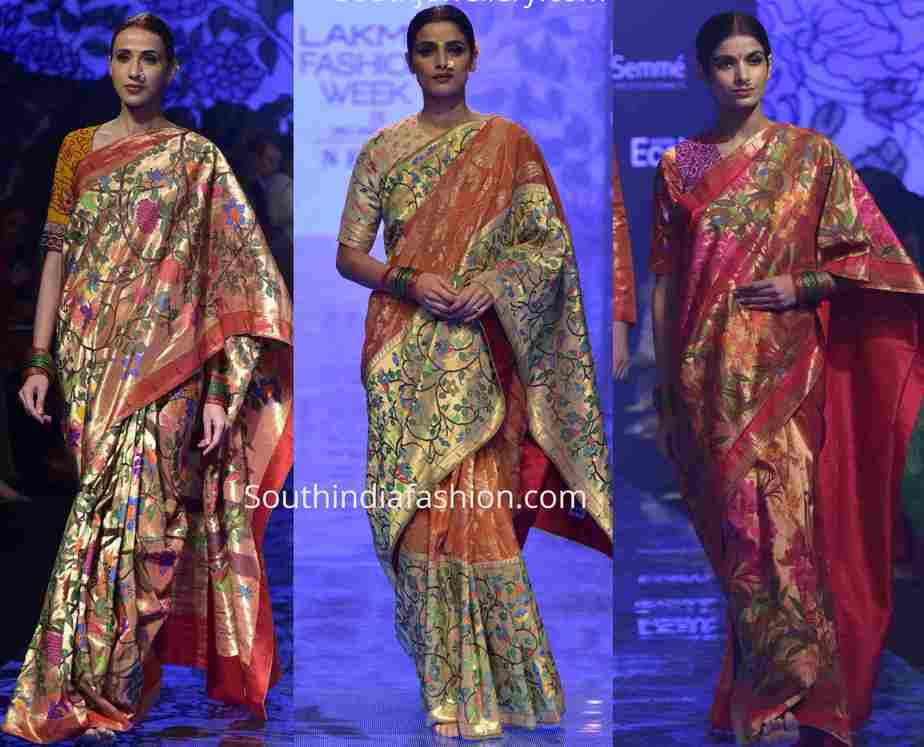 The loudest cheer were for Gaurang’s sequence of splendid saris had amazing patterns featuring motifs of birds, trees, and flowers in magnificent colors and patterns. The wide-ranging glittering and stunning gold borders and the rich hues of the design turned the saris a desirable fashioning in the new era. 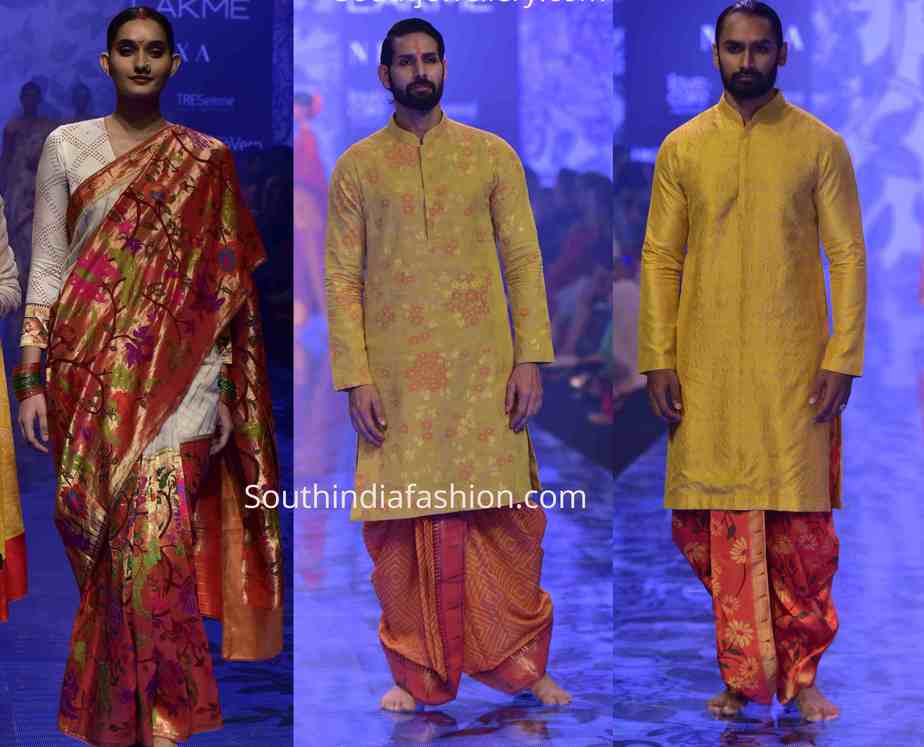 For the men, Indian traditional attire followed the theme with kurtas, bundies, dhotis, dupattas, and Sherwanis making a strong fashion statement in the fabulous glittering textiles. 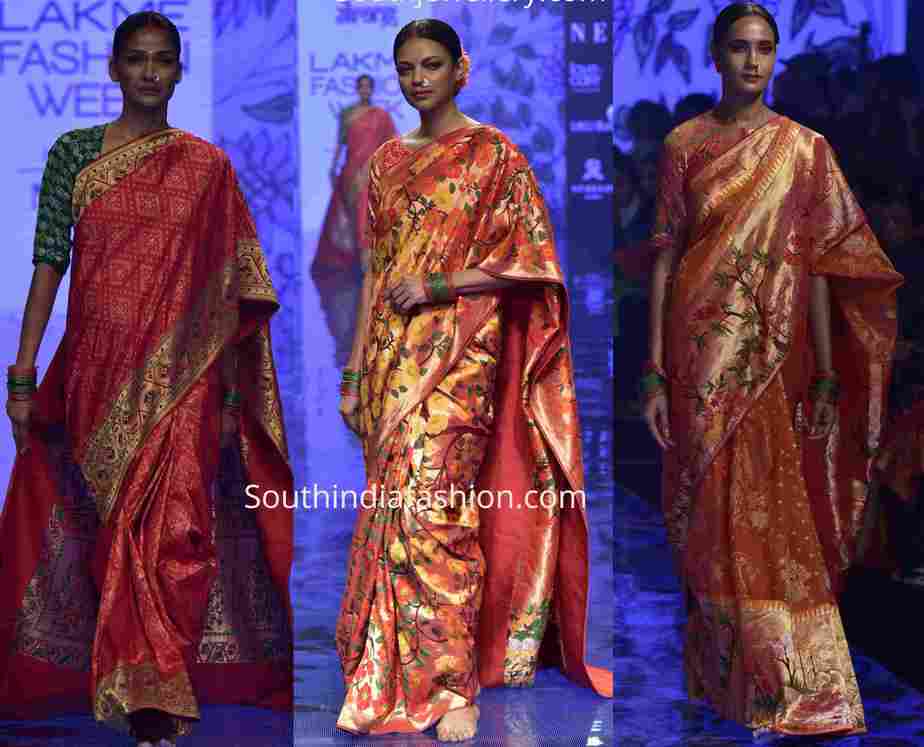 True to its tradition and history, Peshwai manifests the Dakhani Royalty. Rooted in its tradition, and fierce style statement. The collection time travels the modern-day girl into the traditional frames of the Maratha dynasty. 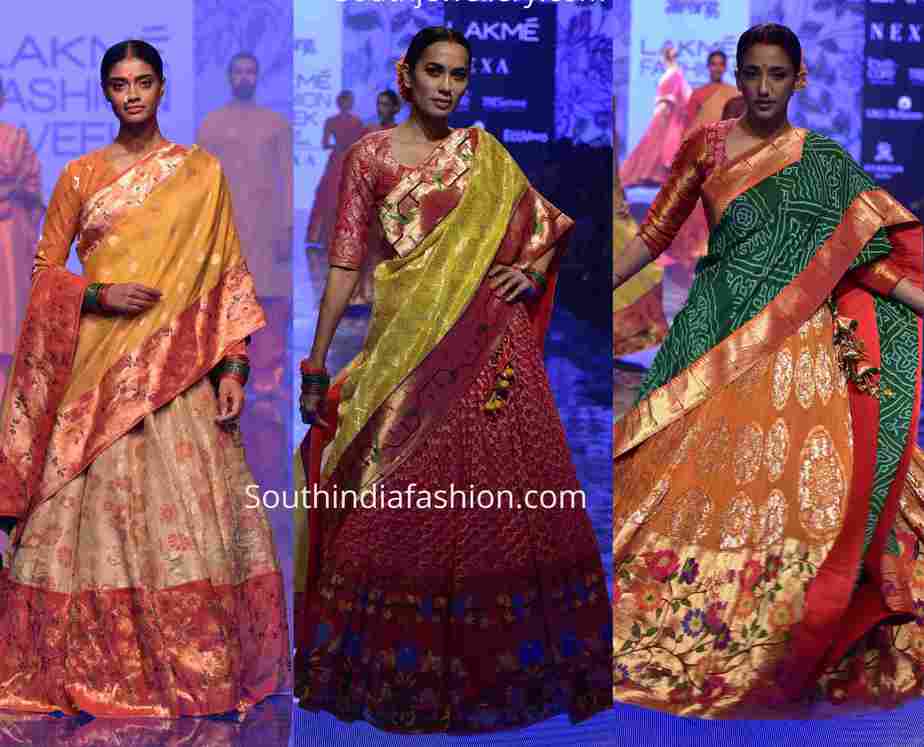 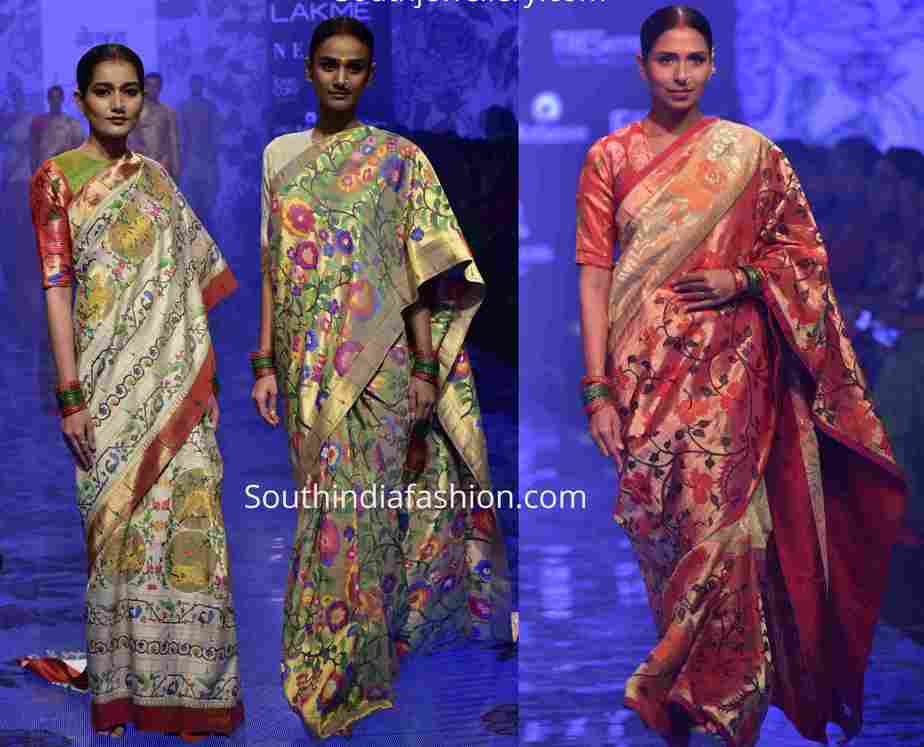 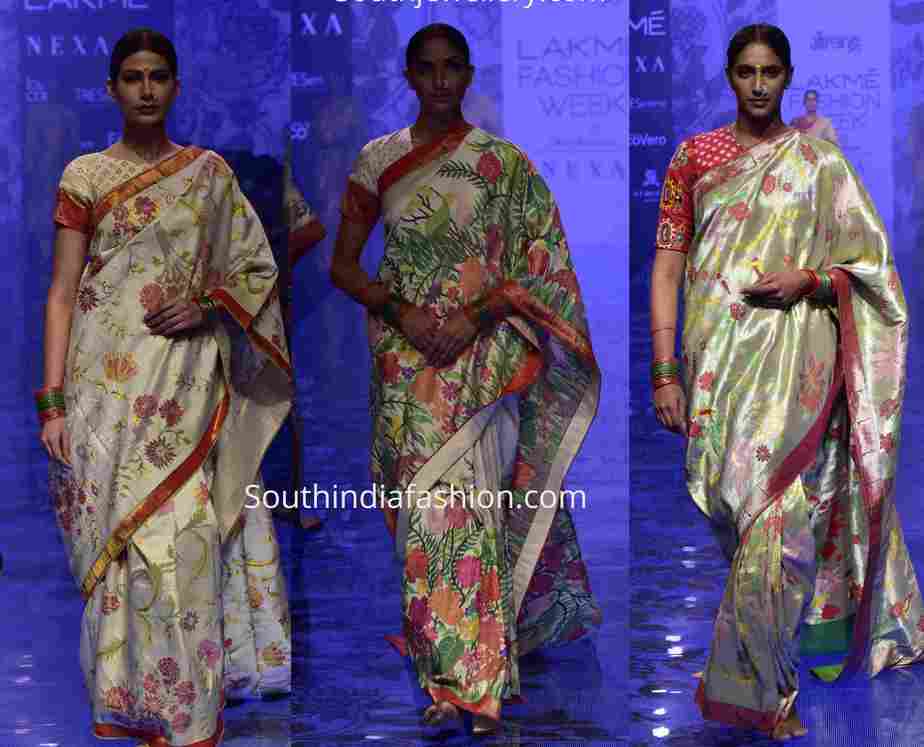 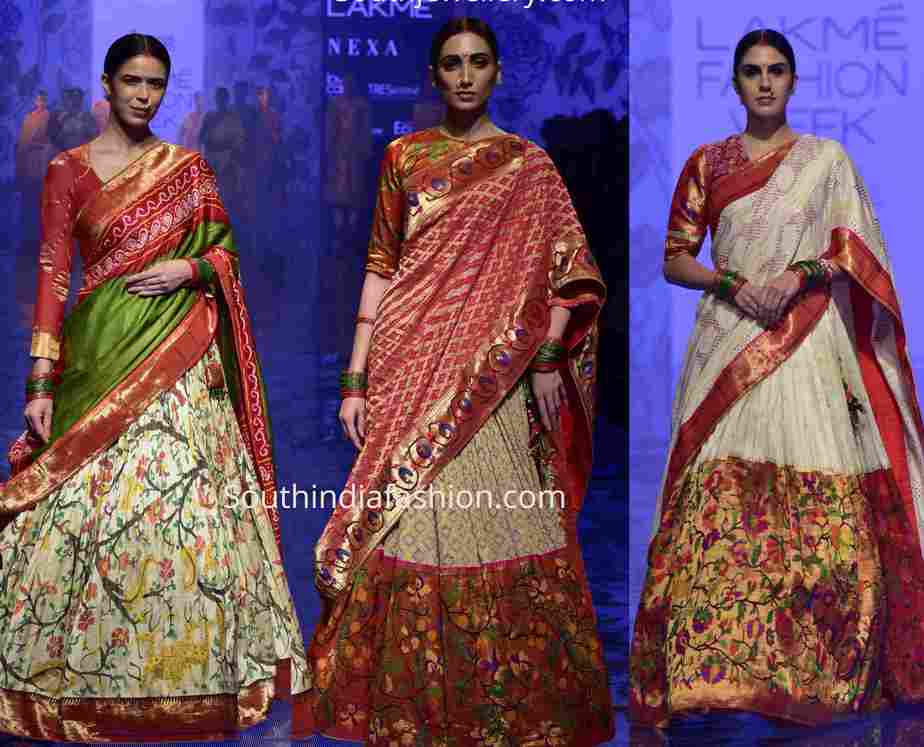 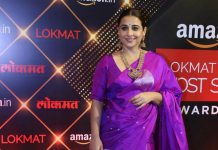 Vidya Balan in a purple silk saree at Lokmat Awards’22! 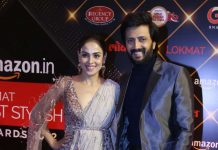 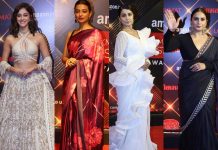 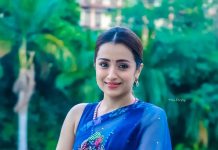 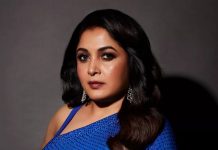 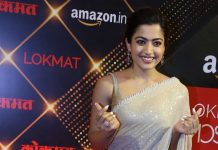 Rashmika Mandanna blings in a sequinned saree at Lokmat awards’22!

Vidya Balan in a purple silk saree at Lokmat Awards’22!

Rashmika Mandanna is beauty personified in a yellow sequinned sharara!

Tamannaah Bhatia slays in a cape set at the Lokmat Stylish...